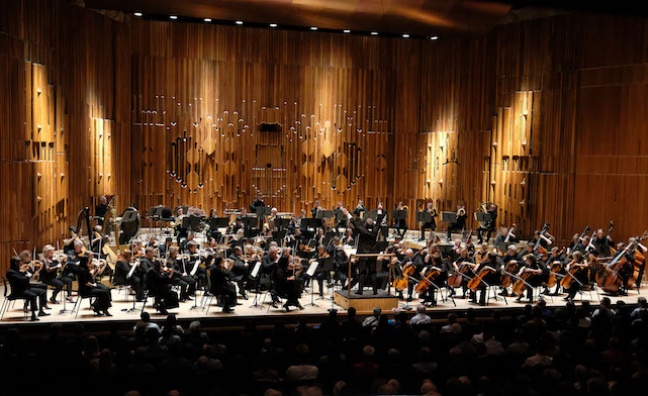 The BBC has today (January 26) announced a raft of major new classical music programmes following a day of sessions at the Association of British Orchestra’s Conference, Cardiff. The conference was hosted by the BBC National Orchestra of Wales to mark their 90th anniversary in collaboration with Welsh National Opera and Sinfonia Cymru.

Jan Younghusband, head of BBC Music TV Commissioning, announced a major new landmark series, Our Classical Century, on behalf of Cassian Harrison, controller BBC Four. The series will be broadcast in four parts across the year from Autumn 2018 and will survey key historic performances and highlights in the last 100 years of classical music. The series will be made by Lion Television, using resources across the BBC including the BBC Orchestras.

Speaking about the commission Jan Younghusband, said: “This is a celebration of the great musical achievements in the UK over the last 100 years and the great artists who have thrilled audiences performing the great masterworks old and new.”

Cassian Harrison added: “As the home of classical music on television, BBC Four is always looking for new ways to explore the genre, and to bring the very best artists and performances to our audiences. Our Classical Century will be an ambitious series of programmes working in collaboration with other parts of the BBC. It’s a perfect complement to our constant coverage, including talent initiatives such as BBC Young Musician, BBC Cardiff Singer of the World, Leeds International Piano Competition, documentaries such as [upcoming example], performances such as the Vienna New Year’s Day Concert, and, of course, the BBC Proms.”

Other announcements throughout the course of the day included BBC Young Musician celebrating its 40th anniversary this year with a BBC Prom in the 2018 festival. BBC Four will also present a special documentary, tracking the experiences of recent finalists and winners following their success in the competition, with contributions from cellists Sheku Kanneh-Mason and Natalie Clein, pianist Martin James Bartlett, saxophonist Jess Gillam and the competition’s ambassador - violinist Nicola Benedetti.

This will also be accompanied by special BBC Radio 3 programming in Essential Classics, which will identify 100 of the most significant moments, events, and pieces of music from across the last century to be broadcast or staged throughout the year. The focus of Our Classical Century will end in the first night of the 2019 Proms, bringing the classical music story to the present day.

In a keynote speech, Alan Davey, controller of BBC Radio 3, BBC Orchestras and Choirs and BBC Proms, also outlined Radio 3’s vision to expand the canon of classical music to be more representative, including a special concert at LSO St Luke’s by the BBC Concert Orchestra, which will premiere works by female composers that in some cases have not been heard in over 100 years or have never before been performed. The works which are announced today, will commemorate International Women’s Day on Thursday March 8 and will be broadcast live on BBC Radio 3.

Davey also announced the 20th anniversary of the BBC Proms Inspire Composers Competition, which opened for entries today. The competition gives composers the opportunity to have their compositions performed at the BBC Proms, broadcast on BBC Radio 3, as well as a coveted BBC commission.