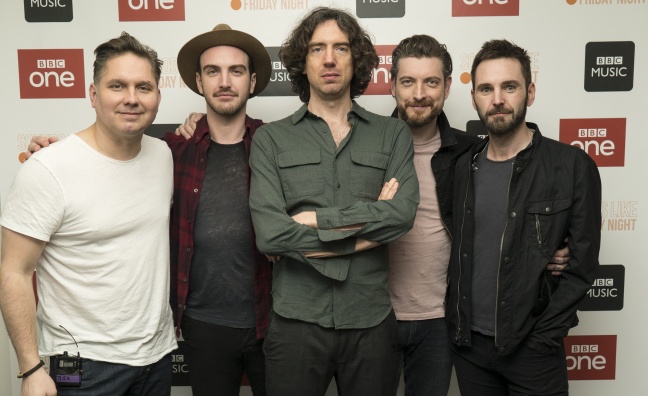 The BBC's primetime music show Sounds Like Friday Night attracted 1.7 million viewers for the first episode of its second series, according to Telly Mix.

Fronted by Radio 1’s Greg James and 1Xtra’s Dotty, last Friday's programme was screened live on BBC One from the studios at TV Centre, West London, at 7.30pm on Friday and featured Meghan Trainor (who sang No Excuses), Snow Patrol (Don't Give In), Halsey (Alone) and Years & Years, who played their current single Sanctify and an acoustic version of their 2015 No.1 hit King.

In addition, Little Mix were interviewed in Japan and Gary Barlow became the first artist to take on new weekly sketch the Gig In A Minute challenge, singing as many of his hits as he could fit into 60 seconds. The rating was down from the 2m TV audience the show averaged for its first run in late 2017.

"I'm thrilled by the range of artists," Jan Younghusband, head of TV commissioning for BBC Music, told Music Week. "The show is meant to be really topical and in the moment and we've had a fantastic response from artists to be on the show this run. We've got some top acts such as Kylie, Lily Allen, James Bay and Migos coming up and I think it's a great line-up."