The new edition of Music Week is out now 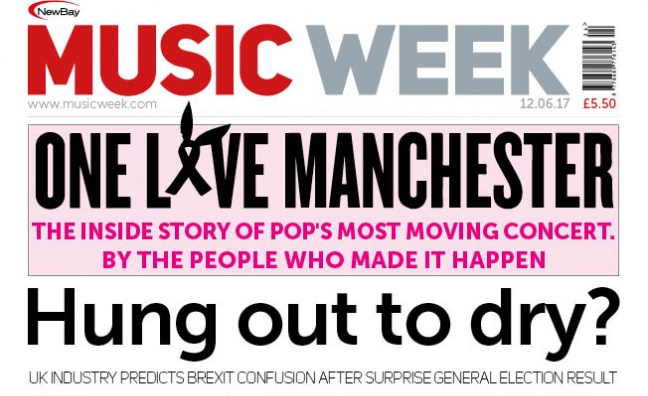 The new edition of Music Week is out now.

In this week's cover story, British music industry leaders react to the shock General Election result and ponder what it might mean for Brexit negotiations and the issues facing the business.

Virgin EMI's Alex Sayers tells us why she expects Lorde’s new album to confirm her status as one of the world’s leading songwriters, while Music Plus Sport's Simon Halden talks stepping outside his firm's comfort zone as it prepares to stage its first castle concert this summer.

On the artist front, Paul Heaton speaks to Music Week ahead of his upcoming new album and Ride discuss aiming for the stars again with their first LP in 21 years.

Our US editor Emmanuel Legrand investigates the string of recent high-profile moves of British execs to America, and Music Glue's Mark Meharry reflects on 10 years of the D2C e-commerce company.

Singer Matt Maltese is On The Radar, while BT Sport and Loyle Carner occupy our latest Sync Story slot.

As well as all that, there’s also the very latest charts, analysis and news.