'We wanted to keep the momentum going': BBC Music's Jan Younghusband on the return of Sounds Like Friday Night 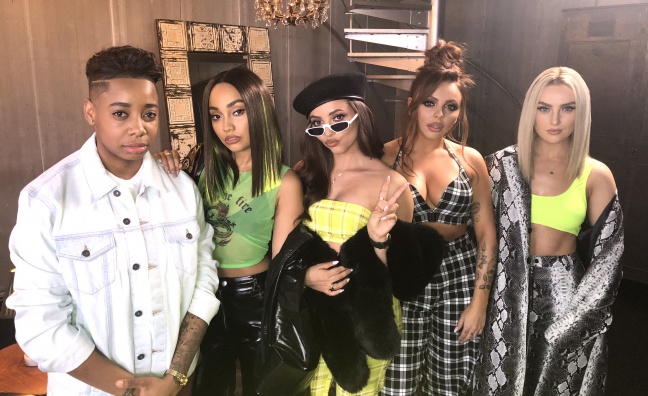 Jan Younghusband, head of TV commissioning for BBC Music, told Music Week that she was "delighted" by the success of its initial run, which averaged two millon viewers.

"It was nerve-racking to bring a live music series back to BBC One, with the expectations of what it would deliver, but we were absolutely thrilled with it," she said. "It was averaging about two million people on BBC One and then, gratifyingly, it did fantastically well digitally, with over five million requests on iPlayer.

"We were absolutely delighted with it and that's why we've brought it back for a second run so soon - because we wanted to keep the momentum going."

Snow Patrol, Meghan Trainor, Years & Years and Halsey are confirmed live performers for tonight's show, which airs at 7.30pm from the studios at TV Centre, West London. The series will also feature a number of pre-recorded performances.

"One of the difficulties with the last series was that we wanted it to be live, but not all of the artists that we wanted to have on the show were available on the day," revealed Younghusband. "We've changed that now because we want to be sure that we can get the best possible talent onto the show so, with this run, we've pre-recorded a couple of top acts because they were abroad or travelling."

Again made by Carpool Karaoke producer Fulwell 73, series two will comprise five 30-minute episodes, compared to six for series one.

"The lovely thing about that is we can offer our audiences over 10 weeks of live music on the BBC," explained Younghusband. "We thought that was a really great thing to be able to deliver for our audiences and that meant doing five of SLFN and six of Later and then running into Biggest Weekend, so it's a practical way of keeping the music coming through each week across the channels."

In its infancy the show faced claims it did not feature enough live music - criticism that was acted upon by the powers that be.

"The balance was something we debated a lot," admitted Younghusband. "We did a lot of audience research before we made the show and programme one was very much in response to that research, But we then  felt that, actually, it's a music show, we need more music in it, and so we changed the way we did it.

"It was a bit trial and error at the beginning but, as the show grew, it found its feet. That is quite typical with a new live show. Even when we do Glastonbury or The Proms we're always responding to comments from the audience, so it's very typical for us to develop as we go along."

Tonight's broadcast will also include an exclusive interview with Little Mix by Dotty, recorded in Tokyo.

"The other innovation of this run is that we've enhanced Dotty's role," said Younghusband. "We decided that  we would send Dotty out and about to meet the artists that can't be here on the night."

The most viewed clip from the series on the BBC’s YouTube channel is currently Charlie Puth’s performance of How Long, currently with 2.15m views.

Read Music Week's armchair review of the first episode here, our behind the scenes report here and find out what the biz wanted from the new show here.