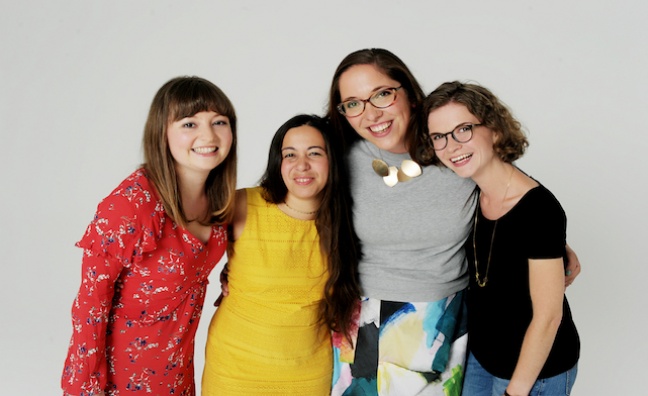 WildKat PR has announced Naomi Belshaw as its new composer relations and PR Executive and has launched all-new services for the culture and music communities.

Belshaw has previously worked at PRS For Music, MCPS and PRS Foundation and will be offering consultancy for composers and small-scale organisations, including areas such as royalty administration and creative approaches to funding. These new services will be available through hourly billing.

Speaking about her appointment, Naomi Belshaw said: “I am really excited about the prospect of giving tailored advice to early career composers. The landscape of the music industry has changed enormously in the last decade and now a composer needs to think differently about publishing, commissioning and much, much more. For example, the number of young composers being taken on by classical publishers today total less than one per year. As the classical composer ‘giants’ of the 19th and 20th centuries go out of copyright, publishers are having to change their models to survive; taking on composers who cross genre boundaries, write for TV, film and games or only on a work by work basis. Suffice it to say from publishing to recording to promotion, the modern composer has to be much more agile and savvy in the 21st century.”

Kathleen Alder, founder of WildKat, added: “I am really thrilled to have Naomi join our team in London. She brings with her a wealth of experience and embodies the WildKat ethos through and through: a love for music and furthering careers in this sector. WildKat has always been the leader in innovating and adapting to challenging times in this sector and I feel particularly the new sort of musician or ensemble need a much more wholesome approach with many elements, such as publishing, thread into their requirements. We are excited to offer such comprehensive advice and services.”

Belshaw will also be working on WildKat’s free of charge, 15-minute #OpenSessions series, starting with the following new themes: Funding 101, #Royalties – How to get paid for writing music, Grand Rights – What is that and Publishing for Dummies.

Director of the London office Olivia Brown said: “As WildKat has adapted to changes in the industry over the years, we have developed the company into a creative agency. Through our recent signings, including Music for Youth, Spitalfields Music and Radio France, we are truly demonstrating that our multifaceted, creative approach works for all types of organisations and artists on an international scale. I have always loved our free #OpenSessions and I’m so happy that we are extending this into affordable packages for composers. WildKat always has something for everyone, from advice for those starting out to full-scale branding packages for established organisations and artists. We’re delighted that Naomi has joined the team and is developing the company in this way with unparalleled experience and skills.”