'You forget how powerful it is': Syco's Simon Gavin on X Factor's star-making potential 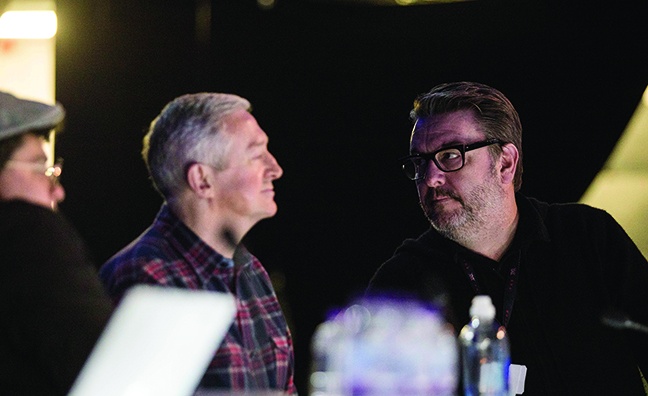 Syco's global head of music Simon Gavin has applauded the calibre of talent on this year's X Factor.

It is the 14th series of the programme, which began in 2004 and has spawned the likes of One Direction, Little Mix, Leona Lewis, James Arthur, Ella Henderson, Louisa Johnson and Olly Murs.

"I think it's one of our strongest years," Gavin told Music Week. "My first year was 2012 and we had such a breadth of talent on that show. It had James [Arthur] and Union J and then you had Rylan [Clark], who was fun but also really good.

"They all brought something to it and I feel like these guys have got it this year. Rak-Su have it, Grace has it, the Price brothers have it, the Cutkelvins have it... I feel like we're quite defined really early on, which is quite unusual."

A former MD of the A&M and Verve labels, Gavin spent 18 years with Universal prior to making the switch to Syco in 2012. On The X Factor's emphasis on singer/songwriters on this year's series, he said: "It's a massive new dimension and it's really exciting because I come from an A&R background, so when you meet a contestant that can actually write it is like A&R-ing a record within the show."

Gavin added that X Factor's track record for breaking new stars in its 13-year history can easily be underestimated. "Because it's been around for so long, you actually forget how powerful it is," he said. "Look at people like James Arthur, One Direction or Louisa [Johnson]. Little Mix are the biggest girl group around now and, if you look at the American show, Fifth Harmony.

"If you've got the talent, drive and ambition this is definitely a show that you can do really well with."