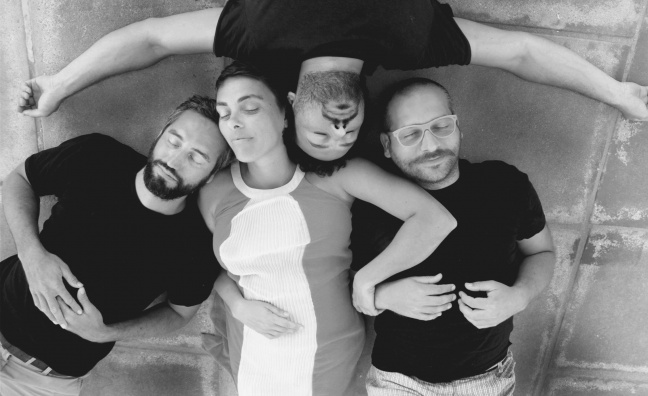 Dream-pop quartet Amycanbe, will be sharing ‘Grano (‘Flow’ mix by Mark Plati)’, the third track off their upcoming EP, ‘White Slide’ which is set for release on the 19th April via Open Productions. The new version of Amycanbe’s 2015 track was reimagined by legendary musician, record producer, and songwriter Mark Plati - who is widely acclaimed because of his work with David Bowie as well as Prince, The Cure, Moby, Fleetwood Mac, Natalie Imbruglia and many many more, and whose also mixed Amycanbe’s 2011 album, ‘Mountain Whales’

Born and based in Cervia, Italy, Amycanbe was formed by Mattia Mercuriali  (bass, guitars, keys) and Marco Trinchillo (drums, keys) in 2002 and became a quartet in 2005 with the addition of Francesca Amati (vocals) and Paolo Gradari. Amycanbe has had some slight lineup changes throughout the years, with Paolo's departure and Mattia "Matta" Dallara (keys) joining in. With 3 albums and several EP’s behind their name, their 2011 album Mountain Whales garnered significant success with their hit ‘Buffalos’ gaining a lot of traction from fans and critics alike.

Speaking about Mark Plati’s ‘Flow’ mix of ‘Grano’, Amycanbe’s Marco said, “For our last few records we collaborated with Mark Plati (who has mixed 90% of our songs since 2009); he really has a good ear for music! He has the talent to get the maximum potential from a song, as we envision it in our minds. For example ‘Grano’ is absolutely perfect; exactly how I imagined it. It has always been our favourite song from the Wolf album, and probably one of his favourites as well. He chose it for a remix (almost a re-work), which we would like to include here in this release – very nice, great fun!”

Sounds Like: The xx, The Naked and Famous, or The Cocteau Twins