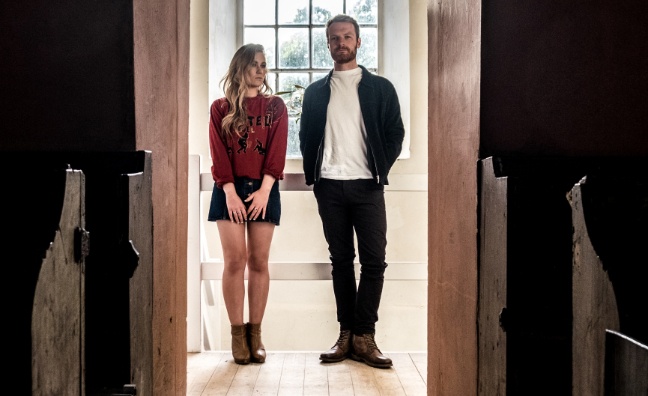 Led by siblings Joe and Helen Hammill, Cattle & Cane’s sophomore album ‘Mirrors‘ is all set for release on Friday 5th May 2017. Produced by Luuk Cox at ICP Studios in Brussels and mastered by Frank Arkwright at Abbey Road Studios in London, ‘Mirrors’ features ten tracks that effortlessly showcase Cattle & Cane’s ability to shift even the hardest of hearts with their perfect, soaring harmonies.

Very much a family affair, Joe and Helen are joined by their brothers Fran (keyboard and backing vocals) and Vin (bass), along with close friend Tom Chapman on drums. With funding from PRS for Music Foundation’s Momentum Music Fund and a successful PledgeMusic campaign, Mirrors is being self-released through the band’s own Quiet Crown imprint in partnership Believe Digital and Proper Distribution.

After finishing 2016 with a sold-out 1,000 capacity hometown headline show at The Middlesbrough Empire, Cattle & Cane kick-started 2017 by touring with The Head and The Heart and linking up with Barbour International for a Facebook livestream session and website feature. The band are back on the road this May for a UK tour which includes the Sage in Gateshead, King Tuts in Glasgow and Camden Assembly in London.

With Mirrors already receiving the support of Dermot O’Leary at BBC Radio 2, the Independent and numerous key tastemakers in the blogosphere, Cattle & Cane’s ubiquity in their native North East looks set to spread far and wide in 2017.

Their highly syncable music has been featured on TV shows including Made In Chelsea, The Only Way Is Essex and MTV’s Catfish, as well popular Brazilian soap-opera Avenida Brasil, Italian film Nemiche Per La Pelle and French TV program Rendez-vous en Terre Inconnue.

Recording at : ICP Studios in Belgium