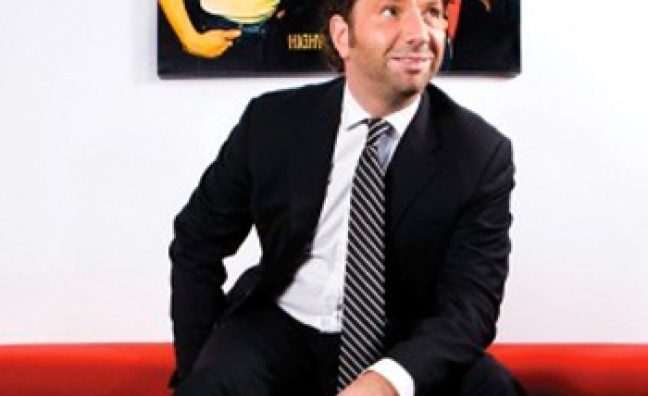 Revenue up for Live Nation in Q1

Live Nation's first quarter revenue was up 10% and AOI up 7% on a constant currency basis. The company has also reported strong operating performance across the three divisions -  concerts, advertising and ticketing. "More importantly, at four months into the year we have enough information from leading indicators to be confident that we are on track to deliver record top line and bottom line results in 2016 as we continue building global market share in all our businesses," said president and CEO Michael Rapino (pictured). Operating losses were $34 million, up from $24m in the same period last year. Ticket sales for shows this year are pacing 10% ahead of last year, with more than 35 million tickets sold. The firm is promoting 21 of the top 25 global tours in 2016 including Beyoncé, Coldplay, Guns N' Roses, Rihanna and Drake.

In more evidence of the continued vitality of physical music, Proper Music Group is expanding, moving its warehouse operations to a brand new site. The new site at Graviton Park, Belvedere, will provide a huge boost in storage space and quadruple pick and pack capability. The build is earmarked for completion in July, with the move of over 5 million CDs and vinyl expected to begin in September, ahead of the full opening in January 2017.

s t a r g a z e, Berlin’s ‘new classical’ musicians collective, will perform a David Bowie tribute concert at this year’s BBC Proms at the Royal Albert Hall on July 29. The concert will be a televised late-night Prom, featuring a wide range of specially commissioned new arrangements and re-imaginings of Bowie’s compositions in an ‘unplugged’ ensemble and semi-orchestral setting, and a number of international guest vocalists and musicians. The full line-up will be revealed at a later date but will include Amanda Palmer and Anna Calvi with Jherek Bischoff, and classical counter tenor Philippe Jarousky, for whom Pulitzer-Prize winning composer David Lang will be writing a new piece based on a Bowie song.

Custom music production and sound design company The Hit House has named Jesse Goodwin as its first VP of music supervision. Most recently, Goodwin had been Music Supervisor with Seismic Productions. In addition to Seismic, Goodwin has run the music departments for several other houses including Big Picture Entertainment and Herzog & Co.

Six of the most influential rock acts in history will appear on the same at Desert Trip in Indio, California. Promoted by AEG’s Goldenvoice division, the festival will take place from October 7-9, kicking off with The Rolling Stones and Bob Dylan and His Band, followed on Saturday night, October 8 by Paul McCartney and Neil Young + Promise of the Real, with the weekend coming to a close on Sunday night, October 9 with Roger Waters and The Who. (Music Week)

Estrella Galacia and Notion team up for tour

Estrella Galicia and Notion magazine are teaming up for a five-date tour, which will bring Spain's highly successful SON Estrella Galicia sessions to the UK in May and June. The tour kicks off on May 12 in Birmingham at Hare & Sounds, and will tour across the UK between May and June. Artists and DJs will be confirmed in the next week.

Ticketmaster has signed a two-year ticketing deal with independent festival, Standon Calling. The Hertfordshire event started life in 2005 as a birthday party for the event’s founder Alex Trenchard and now attracts more than 10,000 people. The primary ticketing partnership will see Ticketmaster provide a branded white label solution for Standon Calling to sell its own tickets, as well as keeping tickets available through Ticketmaster. (Music Week)