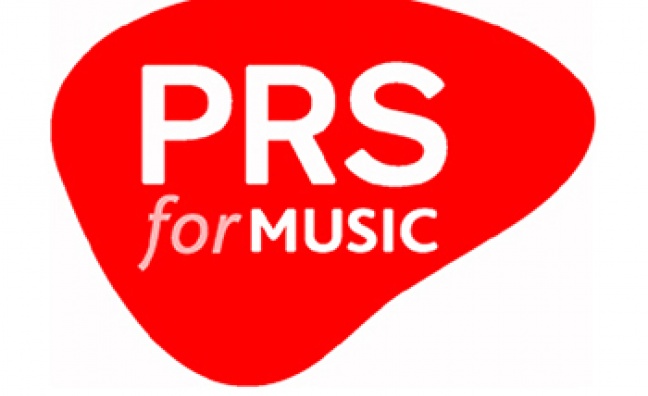 PRS For Music CEO Robert Ashcroft has declared 2015 “a great, great year” for the collection society, after it reported record revenue figures. The performance rights body brought in a massive £537.4 million in royalties during 2015, up 4.7% on 2014, or 7% on a constant currency basis. All four key revenue streams – international, public performance, broadcast and online – recorded year-on-year growth. PRS distributions were also up 8.4% year-on-year, with an extra £35.6m being passed on to members for a total of £460.9m. “We’re pretty happy,” Ashcroft told Music Week. “The fact that we grew the revenue across all our streams is very significant; you can't do that unless you've got strategies that are working.” (Music Week)

Promoter Live Nation is partnering with Hulu for a VR concerts series. The series, which will be available via the Hulu VR app, will bring audiences a series of concert performances shot in the 360-degree immersive format. "Concert performances lend themselves well to virtual reality and Hulu is proud to support this VR initiative where we will viscerally capture the energy an artist brings to their fans during performances," said Noah Heller, Hulu VP partnerships and emerging technology. "This partnership reshapes the way fans can interact with their favorite artists with unprecedented access through Live Nation." Live Nation chief strategy officer Jordan Zachary added: "No medium has the potential to bring the magic of a live concert to life more than virtual reality. We are excited to work with Hulu to bring fans closer than ever to the biggest artists and tours in the world." Live Nation has also linked up with NextVR for VR concerts. Hulu is also launching a documentary film division, with the first featured film to be a Beatles documentary, with the working title The Beatles: Eight Days a Week, from director Ron Howard. (Hollywood Reporter)

As part of the International Festival for Business (IFB2016), Sound City is partnering with UK Trade & Investment to deliver a comprehensive insight into the opportunities that exist for UK music companies in Japan, China, Korea, Taiwan and India. Taking place at the Exhibition Centre Liverpool on Tuesday, June 28, the inaugural IFB Music Day will feature high profile companies from each territory and UK companies who have done business in the vibrant and ever-expanding region. The event is primarily aimed at music managers, publishers, labels, tech companies, festivals, promoters and agents. It will highlight the opportunities that exist for business and collaboration between UK and Asia via a series of workshops and round table networking sessions.

Tenor and football fan Andrea Bocelli will be giving a unique performance before Leicester City’s next match on Saturday in celebration of their Premier League title win. Bocelli will sing Nessun Dorma and ‘Time To Say Goodbye. It follows a conversation between Bocelli and the team's Italian manager Claudio Ranieri six weeks ago, in which he offered to sing for Leicester if the team landed their first top-flight title.

DJ/producer Carl Cox will be performing at a charity show at the House of Commons on Wednesday. Cox has launched a text to donate initiative with charity music foundation Last Night A DJ Save My Life (LNADJ) in support of children in conflict zones via War Child. The text donation initiative is part of LNADJ’s fundraising campaign including a nationwide DJ contest, which will see winning DJ, Holly Louise, play with Cox at the event. The text message donation scheme encourages supporters of Cox, LNADJ and the dance music community as a whole to give £5 by texting OHYES to 70660. The money raised will be collected by Instagive on behalf of LNADJ Foundation who will add it to the total funds raised and given to War Child.