Documentary evidence: How the music biz can make the most of the rock doc boom 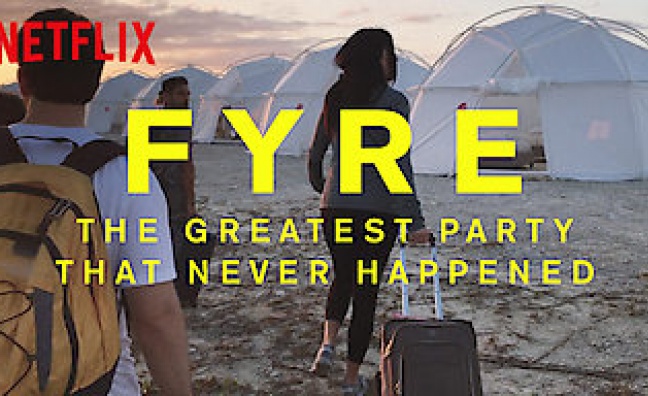 It’s notable that the two most-talked about music releases of the last couple of months – at least if my social media timeline is anything to go by – were both TV documentaries.

Bros’ After The Screaming Stops documentary, made by Fulwell '73 and aired on the BBC over the festive season, was the runaway hit of Christmas sofa-slump viewing, while Fyre: The Greatest Party That Never Happened – an exposé of the grand folly that was Fyre Festival – has been blowing industry minds since it debuted on Netflix.

Bros made everyone laugh – although, to be honest, it mainly made me sad about the ways fame, fame, fatal fame can play hideous tricks on the brain. The idiotic antics of the Fyre crew probably should have made everyone sad too, although the general industry reaction seems to be one of bemused resignation that such things still go on.

Documentaries in general are clearly having a moment and, as the source of many legendary tales, both true and apocryphal, the music industry is always going to be fertile ground for film-makers. They’re also potentially a great platform to reignite interest in an act during the era when labels are focused on 'story-telling' as a way to convert fans of records into fans of artists. How many people were talking about the pop majesty of When Will I Be Famous? after watching Mat and Luke Goss bang on about conkers is perhaps debateable, but at least they've been able to book a Brixton Academy gig off the back of it and make sure the reunion continues.

But there are a couple of things the industry might want to consider in future when documentary-makers beat a path to its door. One, there are surely also great stories to be told about the biz’s amazing highs, not just its depressing lows. (The Oasis documentary, Supersonic, did a decent job of covering both)

And two, if the unpredictability of the music business is its USP for TV and film, where will the subject matter of the future come from? Artists these days spend so long updating their social media profiles and doing their accounts there’s no time to get into the sort of adventures that the next generations will want to hear about. People need freedom to make the odd mistake, albeit preferably not the ones made by the Fyre team.

Otherwise, as another famous rockumentary pointed out, we’re in danger of having too much perspective.