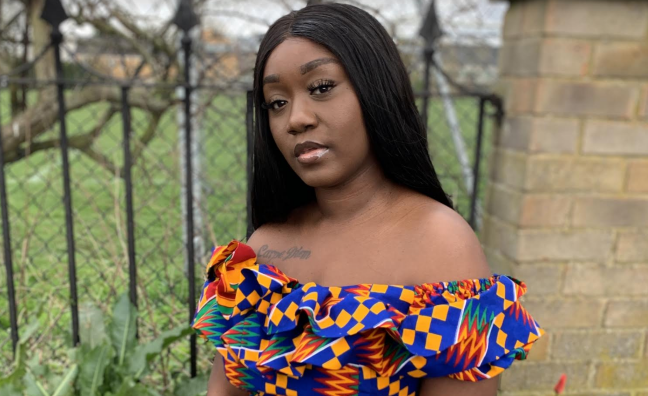 Since starting independent press agency Carpé Publicity in 2017, Fiona Frimpong has helped put Afrobeats at the centre of UK culture, orchestrating blockbuster campaigns for Mr Eazi and more. Here, she argues that going it alone in the music business can reap rewards, even in the very toughest times...

Gaining independence is one of the most fundamental things in life, especially in the music industry.

I run a communications agency called Carpé Publicity, and have created campaigns with some of Africa’s biggest independent acts, from Mr Eazi to rising star Mayorkun, who is signed to Davido’s label DMW. One of the greatest benefits of working with independent artists is that the sky is the limit when it comes to creative control. It’s magical witnessing ideas come together.

Getting to where I am today was no easy task, but my journey was definitely worthwhile. I became clear about my career path when I turned 22, which can be considered quite late in music. I was adamant I wanted to work as a journalist; it seemed perfect as I love all genres and consider myself quite creative. I wrote for influential publications within black culture, such as Mixtape Madness, GRM Daily and Link Up TV. But after a year or so, I wanted to do more to promote artists, so I looked into PR.

I learned the fundamentals at companies such as Purple PR and SighTracked, but when it came to acquiring a permanent position, my introverted personality seemed to let me down. However, I believed in my capabilities and I had the basic skills and a few contacts, so I figured I just needed more experience. The best way I felt I could move forward was to start my own agency, which was a very daunting idea at the time as I had zero experience in running a business.

The key breakthrough came when I started working with Mr Eazi

I put off the idea for a few years, until things took a turn for the worse at my day job at William Hill where I was involved in a robbery. Fortunately, I came out of it unharmed, but it was ultimately the push I needed to leave and take that much needed leap to start Carpé Publicity in 2017.

I found artists via SoundCloud and social media and offered them free promotion, using the coverage to build up my portfolio. My first client was Mulally, a jazz/soul singer from Norfolk who had never put out an official release and had no online presence. Over two releases, I had him featured in various publications, introducing him to a new audience.

He signed a deal with Atlantic Records in under a year, and from that point I began believing in what I was capable of on my own and felt that I could charge a fair rate for my services. I worked with some amazing unsigned artists and expanded into sessions, radio interviews and live performances.

But the key breakthrough came when I started working with Mr Eazi. Coming from a Ghanaian heritage, I enjoyed Afrobeats and was already passionate about pushing the culture forward, especially in the UK. As an African woman, representing an African artist felt like the right move. I believe that, compared to larger agencies, independent PRs can offer undivided attention, ensuring the best results from every campaign.

Introducing Mr Eazi was exceptionally difficult with some more highbrow publications as there was no understanding of Afrobeats as a whole, even though it had leverage in London, with a large population of Africans in areas like Brixton, Peckham and Tottenham. But with perseverance, belief and the help of some creative campaigns, outlets who wouldn’t normally cover a genre like Afrobeats featured Mr Eazi and finally showed some recognition.

When I began representing him, there was a huge surge in grime music in the UK, which was homegrown, unlike Afrobeats. It took Mr Eazi moving to London and collaborating with UK artists to convey how relatable he was.

Then, with stars like Beyoncé releasing an album centred around the animated remake of The Lion King and Burna Boy receiving a Grammy nomination, publications slowly began to catch on and realise that African culture and music are very influential on a global scale.

In 2018, I became a new mother, and a few months later I ran one of my biggest campaigns to date, Mr Eazi’s Lagos To London (Vol.2) mixtape. It was extremely difficult balancing the demands of a newborn baby and a PR campaign. Ultimately, my daughter came first, but I learnt that time management was everything and Mr Eazi featured across many popular outlets and his face was plastered across London on digital billboards.

If you are able to secure a position with a company of your heart’s desires then that’s amazing, but if you struggle like I did, don’t be afraid to start your own business. Social media is full of emerging talents, so reach out to them with examples of your work. Or, offer them a free campaign and prove your work will be worth paying for. Create a website, invest in a domain name and research, research, research!

This journey has been all about doing things on my own terms, acquiring my own independence within the music industry.