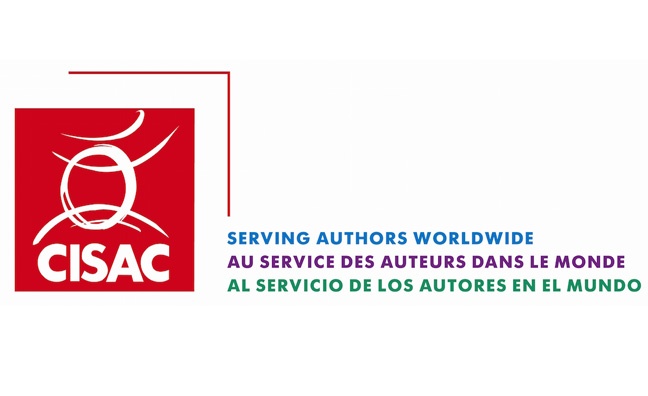 A new study highlighting the economic contributions of the creative industries in Italy was published yesterday, with CISAC president Jean-Michel Jarre delivering a speech that called upon the EU to address the “value transfer”.

The report, entitled Italia Creativa, identified that the creative industries are the third largest employer in Italy – employing more than the food, automobile, real estate and luxury goods sectors.

Speaking at the launch event, Jarre said in a statement: “For many years, we have known that our economic growth in the future will not come from manufacturing or traditional industries, but from knowledge and creativity. But now, we also have comprehensive studies – domestic and global studies – spread across multiple sectors and territories, to prove it. These studies translate the forecasts into hard evidence and data. This data shows a truly impressive picture. Not only of what our creative sectors have achieved, but also what they can go on to achieve if the right environment is provided for them in the future.”

He also called on policy makers to address the problem of “transfer of value” in the digital market, where the value generated from the use of creative works is ‘captured by intermediaries and not shared with the creators’.  The European Union is currently discussing this issue under a new proposed Copyright Directive.

A letter signed by 23 cultural and creative organisations calling for support to defend the cultural and creative industries in Italian and European legislation was also addressed to the President, Ministers and Parliament of Italy during the Italia Creativa launch. The letter urged them to do more to protect the industry against piracy, as well as protecting the rights of creators in light of the proposed Copyright Directive.

You can read the Italia Creativa report here and you can view Jarre’s full speech below.

"I am delighted to have this opportunity to address you today in my capacity as President of CISAC, the organisation representing creators worldwide.

"CISAC is a unique global body representing more than 4 million creators in over 120 countries. Our mission is to protect the rights and promote the interests of authors of all repertoires, from music to visual arts, audiovisual, drama and literature.

"A very special thank you to Minister Franceschini for supporting this event on behalf of the Italian government.

"Today is a celebration of the extraordinary power and potential of the creative industries in Italy.

"For many years, we have known that our economic growth in the future will come not from manufacturing or traditional industries, but from knowledge and creativity. But now, we also have comprehensive studies - domestic and global studies - spread across multiple sectors andterritories, to prove it. These studies translate the forecasts into hard evidence and data. This that data shows a truly impressive picture. Not only of what our creative sectors have achieved - but also what they can go on to achieve if the right environment is provided for them in the future.

"Creators today are driving a vast economy. According to the study commissioned by CISAC and prepared by EY just over one year ago, our sector – the creative sector - is worth 2,250 billion US dollars worldwide. It employs over 30 million people. These are spectacular numbers. They confirm the enormous importance of creative industries to our future.

"CISAC’s economic study, which was titled “Cultural Times” was published in December 2015 and since then it has had real impact. The figures have been intensely studied and frequently cited by policy makers in different countries.

"Today, the focus is on the creative industries in Italy.

"Italia Creativa, the study which is being presented to you today, is an important piece of work. It shows the enormous contribution, to the economy and to jobs, brought by the creative and cultural industries in this country. To quote just one of its impressive findings: Italy’s creative industries are the third biggest employment sector, bigger than food, cars, property and luxury goods.

"CISAC’s members, creators from all over the world, are the engine of this success. Their works are driving the growth of the digital world. Music, film, books and news media are helping power digital activity. Search engines and social media networks are dominated by the works of songwriters, musicians, film producers and screenwriters, photographers, writers and others. This is one gigantic economic ripple effect, driven by millions of individual creators.

"It would be great to look at these impressive numbers and say: “so our job is done”. But today is not about self-congratulation. It is about building more success. Identifying where progress is being held back. And proposing solutions to unlock potential where it is being stymied. Because the truth is that the creative economy, for the creators whose works are driving it, is still under-performing. You will hear the evidence of that today.

"We need to fix flaws in the environment in which creators are working. And if we do, the economic benefits will be enormous, leading to further growth and many more jobs. The biggest flaw I want to highlight today is what is known as the “transfer of value” or the “value gap”. To survive and thrive, creators must be fairly paid for their works. Yet today, some of the world’s major digital music services are building large businesses on back of creativity while paying next to nothing in return. This is not fair. It is a market distortion. And it is holding back growth in the creative sectors.

"This will be great news for creators and unlock economic growth in the sector. We must throw our support behind the proposal as it works its way through the European Parliament this year. And after that, we should look beyond Europe to address the problem across the rest of the world.

"In conclusion: our creative industries are hugely important to our future economies and jobs. Italy is showing the way, as today’s study shows. But there is a great deal more to be done to unlock further growth. Above all, let us fix the transfer of value and provide full support to the current EU initiative to address it."