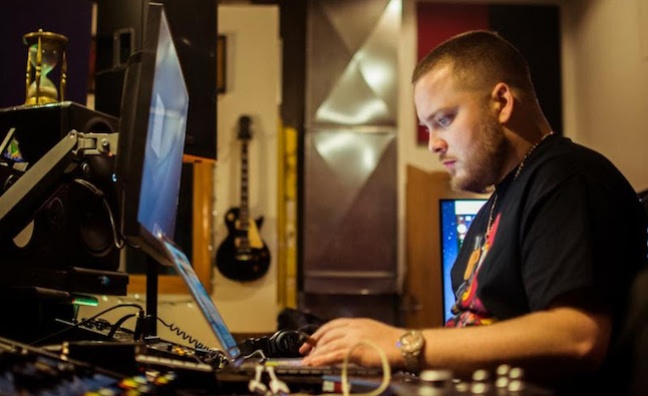 Professionally known as Cbmix, Barnett has worked with artists such as Chance the Rapper, Juice Wrld, Kanye West, Smylez, Young Chop, and Chief Keef, among others. He is one of the creators of Lil Pump and Xxxtentacion’s global hit Arms Around You.

“Chris Barnett’s incredible talents have rightfully positioned him at the forefront of popular music and culture,” said Andrew Gould, Downtown’s SVP and head of A&R. “Downtown is beyond grateful to Chris and Ben Sachs for choosing Downtown to be Chris' publishing partner.”

As a producer and engineer in his hometown of Chicago, Barnett was credited on Chance’s Coloring Book (2016) for co-writing the song Mixtape, featuring Young Thug and Lil Yachty. The project won the Grammy for Best Rap Album, becoming the first streaming-only body of work to do so.

“This was a long and well thought out process and the fit was right,” Barnett said of the signing.

In 2018, a year when hip-hop accounted for over 25% of all streamed music in the US, Barnett contributed to songs that had nearly two billion of those plays. He co-produced Wiz Khalifa’s single Hopeless Romantic, Juice Wrld’s single Wasted, Desiigner’s Overseas, and the Top 10 Kanye West and Lil Pump single I Love It. Following his work with Lil Pump on songs such as Esskeetit, Barnett will have significant contributions on the upcoming album, Harverd Dropout, set to release in 2019.

Corey Roberts, VP of A&R Research at Downtown, said: “Chris is a defining creative, shaping the modern music landscape. And he is just getting started.”

In addition to his work as a record producer, Barnett has an extensive background in audio engineering and operates his own recording studio, Glass Tree Creative.