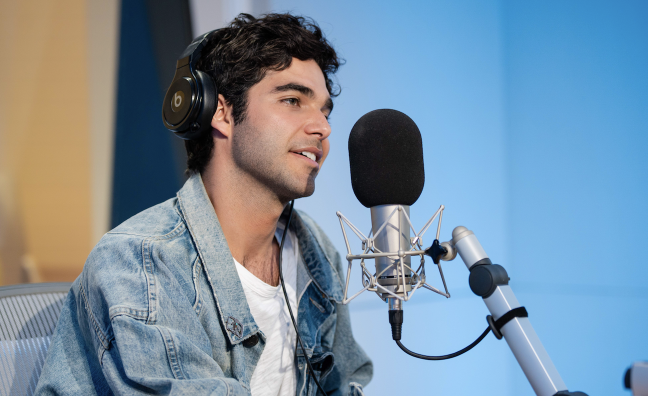 Wexler is behind hits including Marshmello and Halsey’s Be Kind and Stuck with U, by Justin Bieber and Ariana Grande.

Sony/ATV chairman and CEO Jon Platt said, “I remember when Freddy signed his first publishing deal as an ambitious 19-year-old and have watched his incredible work ethic continue to earn him well-deserved success. As a songwriter, Freddy has a special ability to nourish long-lasting relationships while making great music, and I’m excited about our reunion at Sony/ATV.”

Thomas Krottinger, Sony/ATV director, A&R, added: "I know I speak for our global A&R team when I say how excited we are to work with Freddy. His success is a reflection of what a special songwriter, producer, and artist he is – one that brings people together and creates incredible music."

Wexler said: "My career started with EMI in 2006. To be returning to that company and having grown up with the executives I'm now working with is a really special feeling. Jon, Amanda, Thomas and the whole Sony/ATV family have been super supportive, and I can't wait to build something special together”

Wexler’s past hits also include Like It’s Christmas by the Jonas Brothers, and Wolves by Kanye West. The LA-based writer has also collaborated with Demi Lovato, Post Malone, Lil Wayne, Pink, Pusha T, Celion Dion and more. He releases music under the pseudonym Jackson Penn.