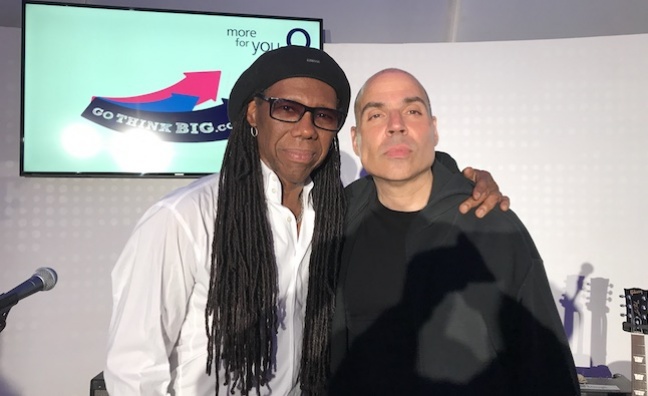 Hipgnosis Songs has listed on the London Stock Exchange. The music copyrights investment company raised £200 million for its IPO and has already spent a chunk of that cash.

Advisory board member Nile Rodgers performed at the Stock Exchange to mark the flotation.

The catalogue comprises 302 songs in total, including hits performed by Justin Bieber, Beyoncé, Rihanna and Jay-Z.

Merck Mercuriadis, founder of The Family (Music) Limited and Hipgnosis Songs Fund Limited, said: “It’s critical for us to set the highest standards with our first acquisition. The-Dream is not only arguably the culturally most important songwriter of his generation but he has written the marquee songs for the culturally most significant artists of our time including Beyoncé, Rihanna, Justin Bieber, Jay Z and Kanye West. It’s an honour for this to not only be our first order of business but also to welcome Dream to our advisory board. He is a catalyst on so many levels and a big part of our future.”

The-Dream said: “I’m proud to be part of this beautiful venture. Merck is a music titan who began his career well before I ever imagined having one. His futuristic views captured my attention and instantly made an impact.”

Andrew Sutch, chairman of Hipgnosis Songs Fund Limited, said: “I am delighted that the Company has secured its maiden catalogue acquisition. This acquisition highlights the investment adviser’s ability to identify and acquire attractive catalogues in line with our investment objective and policy and will support the company’s first year income targets.”