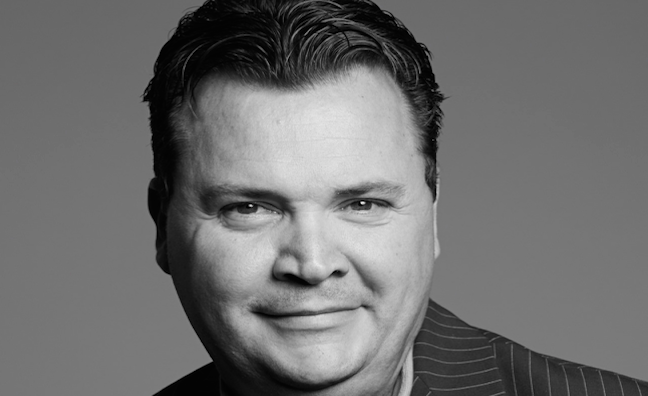 AMRA will license on a multi-territorial basis the performing and mechanical rights in certain ole catalogues to digital music services outside North America, South Korea and Argentina. The deal is effective from January 1, 2017.

New York-based AMRA CEO Tomas Ericsson told Music Week that the deal had been in discussions for some time and that since both companies are technology-driven, they found a common ground. "We've had many discussions with several publishers to join us, and I am very happy about this deal," said Ericsson. "[Ole founder] Robert [Ott] and his team were involved. It was a very constructive negotiation. He is a very good negotiator. It hopefully ended up in something we both believe will be good for both companies."

"We are really excited about the deal. Ole is certainly one of the biggest publishers and a fast-growing company that has been building up an impressive roster. They were looking for transparency and that's the thing we can provide. We are going to provide them with digital licensing and administration, matching data and claiming royalties."

Ericsson said AMRA will collect on behalf of ole directly from digital platforms around the world, through existing digital licensing agreements with over 20 DSPs around the world, without going through local rights organisations like PRS for Music. Through its integrated rights management platform, Kobalt's Kore system, Ericsson said that AMRA can process faster and more accurate payments.

AMRA is owned by music rights management company Kobalt but functions independently from its parent company. "We have decided to work directly with digital services for the same reason publishers went direct in Europe," explained Ericsson. "We believe that the same efficiency should apply to the rest of the world. It is a much better model, and we and do not have to follow each PROs' distribution cycle. Our accounting [process] is 12 months faster. And we don't have the fees associated with PROs. We create more value through our agreements with DSPs. We can deal with data faster and more efficiently and provide more value to writers and composers."

Ole has been growing in the past ten years out of its based in Toronto, with Nashville, New York, Los Angeles and London. Founded in 2004 by Robert Ott, the company has recently secured a credit of over $600m for acquisitions and investments in music intellectual property. Its roster includes  writers include Timbaland, Tyler Farr, Josh Dorr, Gord Bamford, Brett Jones, Jeremy Stover, Phil O’Donnell, Jordan Davis, and Ian Thornley, among others.

“Ole is pleased to be working with AMRA’s strong platform for the benefit of our clients in the international digital space,” said Chris Giansante, Ole's SVP, finance and administration in a statement. “Working alongside Tomas and his team, we’re confident that ole’s global collections will increase, benefiting our stakeholders in 2017 and beyond.”