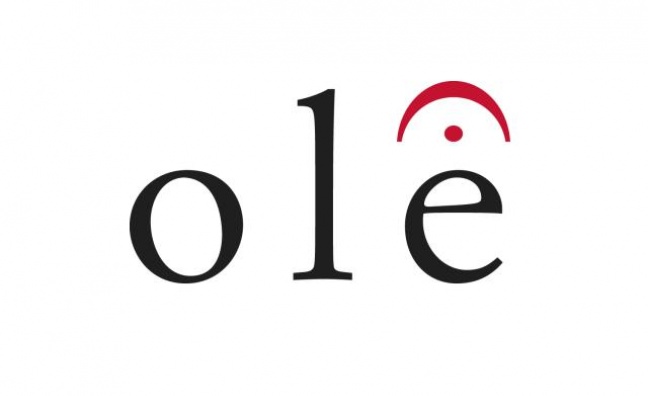 Toronto-based music publishing and rights management company ole has secured a $500 million credit facility that will be used to finance future acquisitions. The credit line was guaranteed by 12 US and Canadian banks led by Los Angeles-based City National Bank.

The transaction was originally launched as a $400m facility, but the company said that it "generated strong demand from both new and existing lenders, and as a result was increased to $500m, making it the largest credit facility in independent music publishing industry in recent years."

“We’ve been supporting the entertainment industry for over 60 years and we see great potential in ole, which has earned a premier reputation not only in the music industry, but in film and television as well,” said City National chairman and CEO Russell Goldsmith.

ole chairman and CEO Robert Ott commented: “We believe the overwhelming demand for the facility speaks volumes to ole’s track record of execution and success, and we look forward to finding new opportunities to continue to scale in existing and complementary verticals as well as to further enhance our technology and data management assets. We are pleased to have the financial backing, expertise and support from City National Bank and our other financial partners.”

According to the company, ole has achieved a three-year compound annual growth rate (CAGR) of 55% and is on track to meet a 2016 Net Publisher’s Share target of $60m at 65% EBITDA.

Over the past 12 years, ole has completed more than $520m in acquisitions. It controls over 50,000 songs and 60,000 hours of TV/Film music across all genres. ole owns the Sony Pictures Entertainment catalogue, publishing and masters rights to the rock band Rush and producer/songwriter Timbaland.