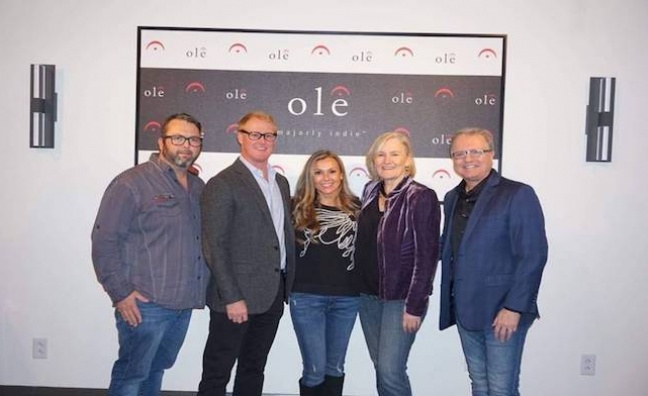 Ole has announced that it has concluded an exclusive worldwide co-publishing deal with Nashville-based songwriter, Tammi Kidd Hutton. The deal consists of the co-publishing on all future compositions, as well as the acquisition of nearly 70 previous compositions, and includes the exclusive administration of all properties on YouTube.

Speaking about the deal, John Ozier, Ole’s VP of creative said: “We’re thrilled to be working with Tammi Kidd Hutton.  Tammi is an incredible songwriter with one of my favorite voices in town. We’re really excited about the future with Tammi at ole.”

Ole’s chief executive officer, Helen Murphy, added: “Tammi is a talented songwriter with true dictation to her craft, and we’re very pleased that she has chosen Ole as her new home.”

Tammi Kidd Hutton has had her compositions performed by LeAnn Rimes, Don Williams, Rascal Flatts, Scotty McCreery, and Kellie Pickler.  Her work has also been featured on the ABC series, Nashville, and in the 2010 film, Country Strong, starring Tim McGraw and Gwyneth Paltrow.

Tammi Kidd Hutton said: “I am so pleased and excited to join John Ozier and everyone at ole as my partner in publishing.  Great people; great company.”

Last week, Ole confirmed that it had extended its exclusive publishing deal with Nashville based hit singer-songwriter, Jordan Davis.