Overnight news from around the world: Wednesday, June 22 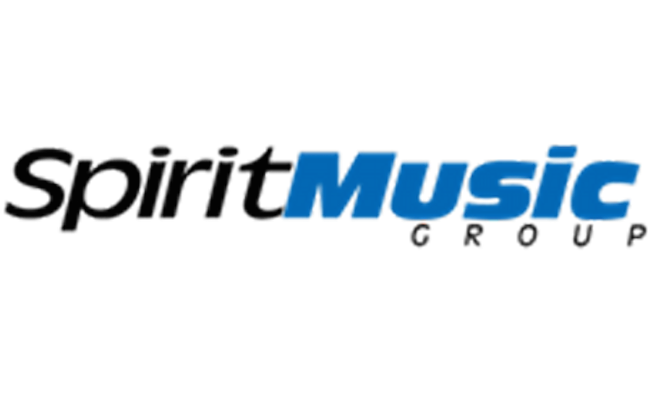 As part of its continued focus on international growth, Spirit Music Group has promoted Jon Singer to worldwide chief operating officer/chief financial officer. Singer, who previously served as Spirit’s Worldwide CFO, will continue to oversee the company’s global finance operations, analyse and negotiate new deals, source and structure strategic partnerships and joint ventures and contribute to the company’s overall strategic planning and growth. He will continue to be based out of Spirit’s global headquarters in New York City. Singer joined Spirit in September 2011 as the company’s worldwide CFO. Prior to that, he spent 15 years on the recording side of the music business, most recently as CFO for the Decca Label Group (a division of Universal Music). While at Decca, Singer played an integral role diversifying the Company from being the largest classical label in the world to an adult pop label having success with the likes of Sting, Elton John, Alison Krauss/Robert Plant and Celtic Thunder to name a few. He was also director of finance for Island Def Jam Music Group, where he played an integral role in the integration of the Island, Def Jam and Mercury record labels, creating the Island Def Jam Music Group during their acquisition by Universal.

Marking 40 years since the long hot summer of punk, the 2016 Music Publishers Association AGM will dedicate itself to music’s disruptors and innovators. The event will look to celebrate the UK’s long history of DIY culture - combining a scene-setting keynote interview with Tony James, before a focus on today’s new wave of music publishers, writers and entrepreneurs. James is widely recognised as one of the pioneers of the British punk movement, beginning his career in the ‘70s with the formation of Generation X with Billy Idol, before moving on to create Sigue Sigue Sputnik. The artist then joined The Sisters Of Mercy before forming in 2002 the band Carbon/Silicon, his current digital-leaning collaboration with ex-Clash mainstay Mick Jones. In conversation with Music Week editor Mark Sutherland, he will look back at the genesis of UK punk and its continued impact on our musical culture. Then, looking at the punk spirit of today and tomorrow, the MPA will segue into a panel discussion featuring Austin Daboh (BBC 1Xtra), Chris Meehan (Sentric Music), Harri Davies (Bucks Music), P Money (artist/writer) and Sian Anderson (SighTracked) that will explore DIY culture today. Expect a wide-ranging conversation covering everything from technology and starting a music publishing business, to talent development and the rise of grime – the closest equivalent to punk rock today. The AGM is invitation-only and takes place on the afternoon of Wednesday, June 29, at London’s Royal Institution.

Robert Plant takes the stand in Stairway To Heaven trial

Led Zeppelin frontman Robert Plant took the stand for the defence in Michael Skidmore v. Led Zeppelin et al – the last surviving member of the band to testify as to whether Stairway To Heaven plagiarised intellectual property from Spirit’s Taurus. The singer denied that he was familiar with Spirit’s other material, and claimed not to remember seeing them live. Plant also played four cassette demos to the court from the Stairway To Heaven writing sessions at Headley Grange, showing experimentation with the track’s sound as it was created. Judge Gary Klausner has indicated that he expects the case will likely go to the jury today. (Rolling Stone)

Artists from across Europe issued a statement yesterday through the International Artist Organisation (IAO) warning the European Commission that fixing the value gap solely in favour of the major labels would not in isolation fix the problems in the digital music economy. To propose new legislation without ensuring that reforms give proper rights and opportunities to creative artists, songwriters, performers and other small businesses would be to stifle growth and miss opportunities for a level digital playing field both in terms of economic growth and innovation, they argued. The IAO represents over 15,000 artists in 10 European countries; the statement is supported by artists and managers from across its constituency including Britain, France, Germany, Spain, Sweden, Croatia, Belgium, Denmark, Finland and Norway. It comes in response to an initiative by the IFPI, asking artists to sign letters of support for its campaign to revise safe harbour exceptions to copyright. Whilst the IAO has encouraged its members and their representatives to support the letter, it has taken the opportunity to claim that the problems it addresses are only part of the story and don’t go far enough to fix long-term problems that hold the industry back from.

The Riley B. King Trust, custodians of the estate of BB King, has signed with IMG for global licensing and marketing representation to preserve the music icon’s legacy. Recognised as the King of Blues and known also for his indefatigable performance schedule, BB King began his career in the 1940s and continued playing over 200 concerts a year well into advanced age. He is in both the Blues Hall Of Fame and the Rock And Roll Hall Of Fame. LaVerne Toney, King’s long time VP of his company and trustee of his Estate, announced the agreement saying: “We considered many agencies to assist us with celebrating and keeping alive BB King’s extraordinary legacy in unique and creative ways, and in the end it was obvious that only IMG had the resources, professionalism and track record we were looking for.” Bruno Maglione, president of licensing at IMG, added: “We are incredibly proud to represent this towering icon of American music and the sounds and spirit of the Mississippi Delta. We hope to bring this inheritance to products and marketing collaborations that will celebrate his life as well as evoke his love of live music and the cultural heritage that inspired his sound.”

Instagram now has more than 500 million monthly actives, with more than 300m who use the app every day. To celebrate, the image hosting platform has created a music-based Insta-wall, filled with a selection of artists’ first posts, including Ed Sheeran, Katy Perry, Beyoncé, Justin Timberlake and more. More than 80% of Instagram users now come from outside the US, with its monthly user base having more than doubled in size over the past two years. More than 95m photos and videos are shared per day, on average.