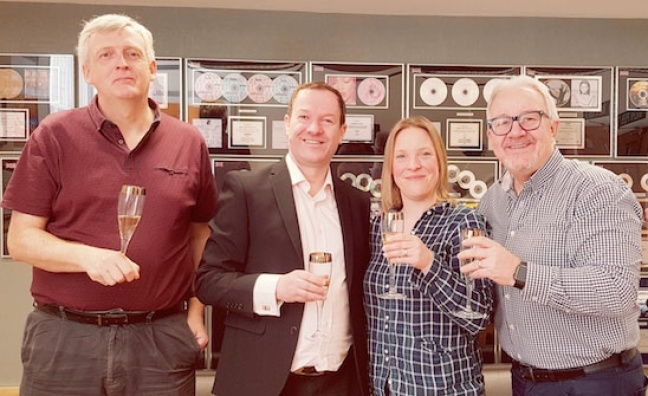 “We’re delighted to have found the perfect new home for the PRM catalogue,” said PRM director Lucy Rodriguez-Laranjo, “And we are sure our writer, publisher and label clients will be well looked after at Peermusic. We were keen to sell to an independent music publisher who shared our values of good client service, flexibility, and championing the independent music business, as well as understanding, appreciating and having the resources to further promote our diverse catalogue.”

“It is a great privilege to have acquired the catalogue that Paul and Lucy Rodriguez have built over many years,” added Nigel Elderton (pictured right), Peermusic’s European president and UK MD. “As a global independent publisher we share a similar ethos for the service and attention we give to our writers and I believe that PRM will perfectly dovetail with our existing catalogue.”

PRM also has neighbouring rights and library music businesses, and represents the music from The Weakest Link, as well as media composers including Paul Farrer, Julian Ronnie, David Lowe, Dave Hubbard and Paul Lawler. It also has admin deals with a number of TV production companies such as Cicada Films, the Oxford Film Co and Bullseye TV.

As exclusively revealed by Music Week, Peermusic recently removed its digital rights from IMPEL and signed with pan-European licensing body ICE, following in the footsteps of other indie publishers Concord and Downtown. Music Week also revealed IMPEL’s exit from the MPA/MCPS umbrella and its new deal with SACEM.