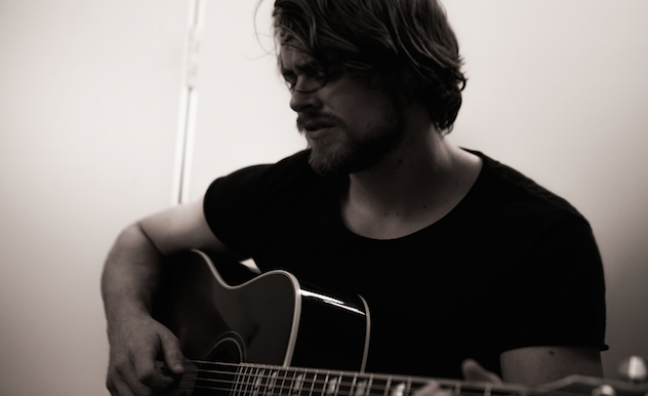 Sony/ATV has extended its worldwide deal with songwriter and musician Geoff Warburton, the publisher has announced.

Warburton is a main collaborator of Shawn Mendes, and co-wrote a number of songs on the Canadian’s first two albums, including UK and US No.1 single There’s Nothing Holdin’ Me Back, which has sold 1,045,109 copies in Britain and secured double-platinum status in America.

Warburton also co-wrote Mendes’ current single, In My Blood, which became one of the Top 5 most streamed songs globally on Spotify within a day of release in March. The track has 132,071 UK sales to date.

The new agreement covers both Warburton’s catalogue and future works.

Danny Strick, Sony/ATV co-president, US said: “Geoff Warburton is an incredibly gifted writer whose songs have played a significant role in Shawn Mendes’ success around the world. We are very excited to continue our long association with him in what will be an exciting next career chapter.”

Sony/ATV senior director of A&R, Clio Massey, said: “It’s been a joy to work with Geoff since early on in his career and to see the development of his craft and his growth as a songwriter. We’re so happy to get to continue working with him and are excited for the future.”

Warburton said: “I’m so thrilled to re-sign with Sony/ATV. They’ve been such an amazing partner as a publisher and I can’t wait to keep the work going with them.”

The Toronto musician’s manager, Andrew Gertler, said: “With hits like Holdin’ Me Back over the past year and writing on much of Shawn Mendes’ coming album, Clio, Danny, and the entire Sony/ATV have done an excellent job nurturing Geoff’s career as a writer and it only felt natural to continue his relationship with them. I can’t wait to see what the future holds for the partnership.”

Recently, Warburton has been based in Los Angeles and Nashville, writing pop, country and country-pop songs.