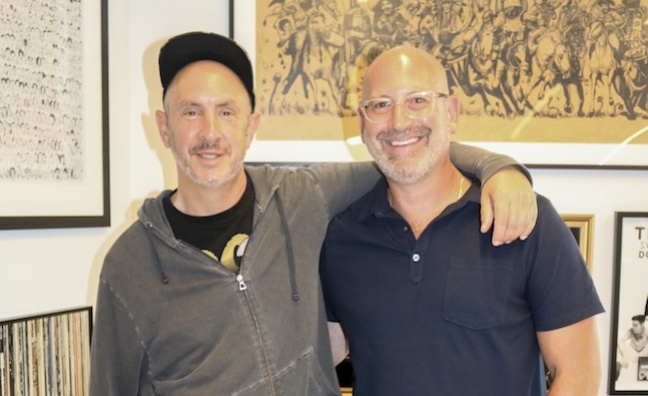 Sony/ATV has entered into a worldwide futures deal with songwriter Sam Hollander, co-writer on Panic! At The Disco's High Hopes.

Hollander has had chart success with a wide array of artists across his career, including Fitz and The Tantrums, One Direction, Katy Perry, Train, Blink-182, Weezer, Gym Class Heroes, Carole King, Daughtry and Metro Station.

Sony/ATV SVP, A&R Rich Christina, said: “Sam has been one of my favourite songwriters and a dear friend for a very long time. It’s beyond an honour to finally get to work directly with him and have him join the Sony/ATV family.”

Hollander said: “I’m so thrilled to begin this chapter of my career, joining the almighty Sony/ATV. Working with the legendary Jon Platt, Rich Christina, Brian Monaco and the rest of the Sony/ATV family is a dream come true.”

Hipgnosis recently acquired Hollander's catalogue. He co-penned eight songs on Panic! At The Disco's Billboard album Pray For The Wicked, and recently co-wrote Blink-182’s single Blame It On My Youth.