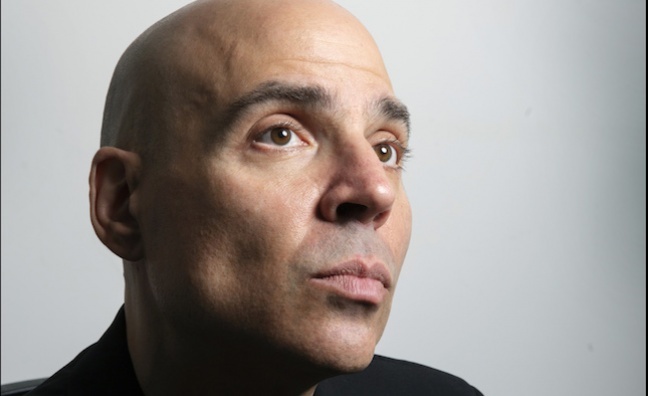 The collection, which includes credits on Rihanna's Umbrella, which he co-wrote with The-Dream, Beyoncé's Single Ladies (Put A Ring On It) and Baby by Justin Bieber, comprises of 121 songs, performed by artists including Katy Perry, Christina Aguilera, Rick Ross and Whitney Houston.

The catalogue has been acquired by Hipgnosis and its investment adviser The Family (Music).

“There is a right way and wrong way to do everything. The sale of my catalog to Hipgnosis is right for me," declared Tricky Stewart of the deal. "Selling to a friend who is fuelled by purpose, motivated to do great things, with a disruptive spirit and vigour caught my attention, and ultimately led to me completing this transaction... Over the next five years I will be creating another catalogue filled with hits and culture, and I’ll do it all over again! I love music and music loves me.”

Praising the collection of songs, Merck Mercuriadis (pictured), founder of The Family and Hipgnosis Songs Fund, said the deal was "tremendously important acquisition for Hipgnosis and me".

"In addition to giving us greater ownership of multiple Grammy Award winning No.1 songs like Rihanna’s Umbrella and Beyoncé’s Single Ladies (Put A Ring On It) we are also reuniting the catalogues of Tricky Stewart and The-Dream, who are arguably the finest songwriting duo of their time," he explained.

"These songs are big pop successes but it’s sophisticated music of the highest order and these songs are already classics, not to mention by the culturally most important artists of their time.”

The deal follows similar acquistions by Hipgnosis Songs for the TMS, Poo Bear and Bernard Edwards catalogues, while the company, which counts Mercuriadis' management client Nile Rodgers as an advisory board member was floated on the Stock Exchange earlier this year.