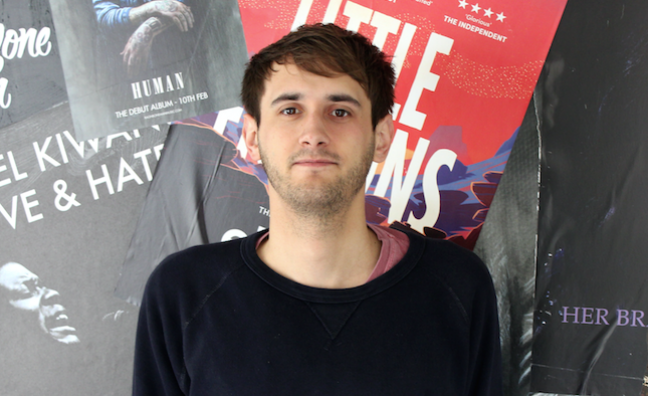 Warner/Chappell Music has announced the appointment of Tom Coulson-Smith as an A&R Manager.

Based in London, he will report in to Amber Davis, A&R Director, Warner/Chappell Music UK. Davis was added to the Music Week Women In Music Roll Of Honour in 2017.

Coulson-Smith joins from Imagem Music, where he signed and worked with a raft of acts including James Earp, Lion and Lxury.

Coulson-Smith said: “I’m so excited to join the legendary Warner/Chappell. It’s home to some the world’s best writers and has a reputation of developing and nurturing new songwriters like no one else. I can’t wait to get started and get to work with Amber, Mike Smith and all the team.”

Amber Davis commented: “It’s great to be able to welcome Tom into our team. Tom is a young, hungry A&R and someone I believe can have a real impact at Chappell. He’s got a reputation of signing and developing writers early, which is how we like to work at Chappell. I’m excited to see how Tom furthers his career here with us.”

Coulson-Smith began his career in music as a session musician, playing on tour for acts including BRIT-nominated duo AlunaGeorge. He joined Imagem on an internship and quickly became A&R Manager.