On The Radar: Bad Gyal 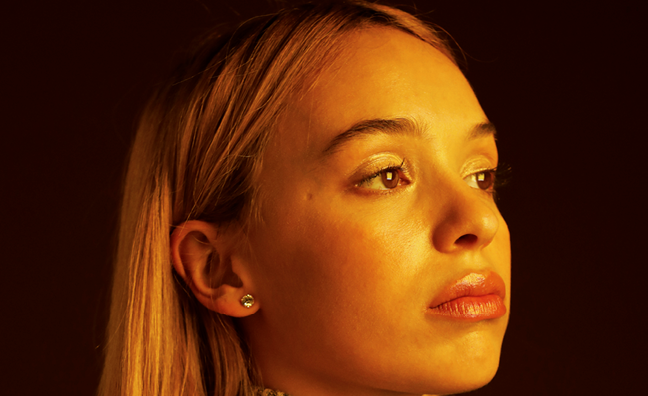 What is a Bad Gyal?

According to 20-year-old Spaniard Alba Farelo, who began making provocative, bass-heavy music under the moniker as a teenager, a Bad Gyal is, “a woman who is secure, has clear ideas of what she wants and gets what she wants.”

What Farelo wants is for Bad Gyal to reach more and more people. Her net has been widening from her seaside hometown of Vilassar De Mar ever since the release of Pai, her rejigged version of Rihanna’s Work, emerged in 2016.

Delivered in Catalan, Farelo’s vocals bounced over the original’s dancehall-flavoured beats, serving as a neat introduction to her sound, which raises a middle finger at genre classification.

Reggaeton, hip-hop, dancehall and trap all come into the equation, but perhaps it’s most accurate to say Bad Gyal’s multilingual songs belong on the dancefloor.

Tracks such as Candela and Blink, from recent mixtape Worldwide Angel, are built for rooms where condensation moistens the walls, smoky, hot and infused with the sun and grime of Barcelona.

“It’s definitely really interesting,” Farelo says of her restless sound. “It’s not something that I decided, I just like listening to a lot of different music. I listen to a lot of urban music, and music from different places all over the world. It’s happened in a really genuine and natural way.”

Indeed, Bad Gyal’s songs function as splurges of personality and creativity, madcap and unpredictable.
“I have lots of personality,” she says. “I could never stop being like that. My character and personality are pretty strong, so I couldn’t ever be something else.”

Elaborating, Farelo reveals that she doesn’t approach making music with a plan: “I don’t ever say anything to myself before I make a song, it’s always just what I feel.”

However, she does acknowledge the importance of her beats – from a raft of producers including Dubbel Dutch, Fakeguido and El Guincho – as “the bits that make people really, really want to dance”.

The UK, which Farelo believes has “much more of a music culture” than Spain, will get its next dose when Bad Gyal hits The Great Escape in Brighton next month.

It’s the next step for Farelo and her singular aesthetic, as she forges a path into the mainstream.

“My time in the industry has been short, so I’m still learning a lot, but I don’t think it’s very healthy,” she says.

“There are huge powers with lots of money, and these big institutions that run the world music industry. It’s wild, because everybody is looking for what they want.”

Bad Gyal, of course, has worked out a way round it, and signs off with, “I always do things in my own way…”
Would you bet against her?