On The Radar: Bad Sounds 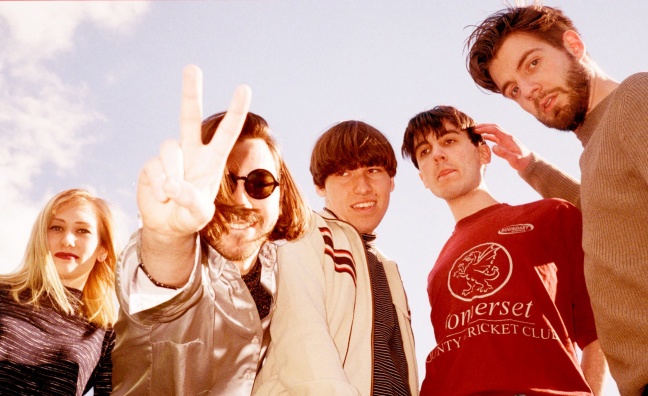 For a band called Bad Sounds, the Bath-based five-piece definitely have a few good tunes.

And one of their fans, it turns out, is Annie Mac, who chose both their last two singles Wages and Avalanche as her Hottest Record.

“It’s fucking mad,” says Ewan Merrett, who started the band with his brother Callum and together are Bad Sounds’ principal songwriters. “Our radio plugger that we’ve been working with, Rob Lynch, did Avalanche as well.

“Mac made Avalanche the tune of the week and then Lynch sent over Wages to her. It wasn’t even the final master yet and she was like, I want to go with it tomorrow.

We were like, Uh...okay. We’re obviously just super excited and got the master finished and all that stuff.”

The band were also invited to play on the BBC Introducing stage at Glastonbury this year and Merrett tells Music Week that he’s really grateful for the broadcaster’s support.

“It’s amazing,” he says. “I can’t really thank them enough for getting us that stuff because it feels like a lot of stuff has just escalated since that.

Since playing Glastonbury, they’ve just supported us every step of the way really.”

Bad Sounds are managed by Hide Whone and Ant Crook at Riverman Management. Merrett says that the story about how they met is “kind of long-winded”.

He explains: “We were working with someone else and then we met up with a bunch of different management and just picked the ones we liked best.

Not the most interesting story to be honest. They also [work with] Placebo and Wild Beasts. Hide is sort of our day-to-day manager and does most of the stuff surrounding us.”

Merrett adds that since the band started working with Hide and Riverman, it’s really “helped steer them in the right direction”.

“One thing we always said is that we wanted things to be organic and we didn’t want to just suddenly [get big] and then be forgotten the next day,” he says.

Currently unsigned, Bad Sounds released their first two singles I Feel and Avalanche on small labels, but decided to release the new single Wages themselves.

“We’ve had a few offers but we kind of just thought we didn’t want to give up as much as people were asking us to give up for what they were prepared to give,” he explains.

“I think we still feel like the perfect situation hasn’t come up yet and we didn’t want to give away something which we felt was a strong asset for us before that did.”

“It’s like our first tour or run of shows where it actually feels like it’s going to be big venues for us. It’s the first shows you feel like you’ll be playing, when you first start playing music, rather than shitty bars.”