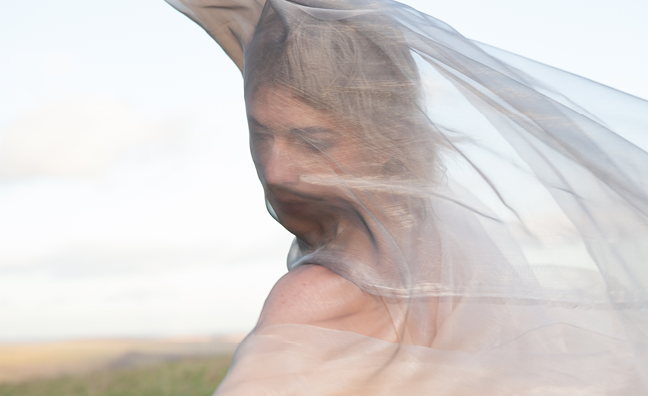 There’s been a pop star waiting to burst out of Holly Hardy ever since she was frolicking in the forests near her Dorset home, making up stories with her imaginary friends. If that sounds fanciful, it’s because nearly everything about Cuckoolander – the musical alias Hardy settled on as a teen – is just that. Her windswept, epic pop sound, most fully realised on this month’s EP 02, is the product of years of work.

Hardy was signed to Charli XCX’s Vroom Vroom Recordings after a stint playing bass as part of her band. The singer, who grew up learning drums and piano as part of a musical family, also shares a manager with XCX, but Hardy’s vision for Cuckoolander is 100% her own. “I started working with my management at a point where I’d only written three songs, there was no touring history or anything,” she explains between gulps of coffee. “I still had a lot of exploring to do, trying out different things and going back and forth on my direction and what I want to do, which I think is quite hard for a management company…” That last bit is delivered with a smile, and why not? Hardy wouldn’t have it any other way. “I think I’ll always be like that,” she says. “It can be hard to fit in and find my place in the whole music world. I’ve always been a bit introverted musically, doing what I want to do.”

But Hardy’s attitude by no means rules out allowing outside forces in completely, and she talks both playfully and reverentially about her collaborators. Hardy produced last year’s self-titled EP, alongside Rostam Batmanglij of Vampire Weekend (“That was super-surreal”) and has also worked with Rich Cooper (Tom Odell, Mystery Jets). “It’s nice to have that help to be able to create more and expand what I’m doing,” she says. But you get the feeling that working with Hardy would come with a surprise around every corner, mainly because she channels the same childlike wonder that fired her daydreams growing up. “I definitely don’t have a set way of writing songs yet. I always had a big imagination as a kid, and it turned into making music,” she explains. “To be able to carry on doing that and being creative musically as well as visually is such a fun career!”

Peach Tin Shed, written after a break up and inspired by a photograph of, you guessed it, a peach tin shed, is a wonderful example of Hardy’s craft. “I had to move house into a place I hate and I’m still there,” she says, laughing. “It’s funny, it made me realise having my own home is still just a dream…” So, it seems, is everything else in cuckooland.