On The Radar: Hatchie 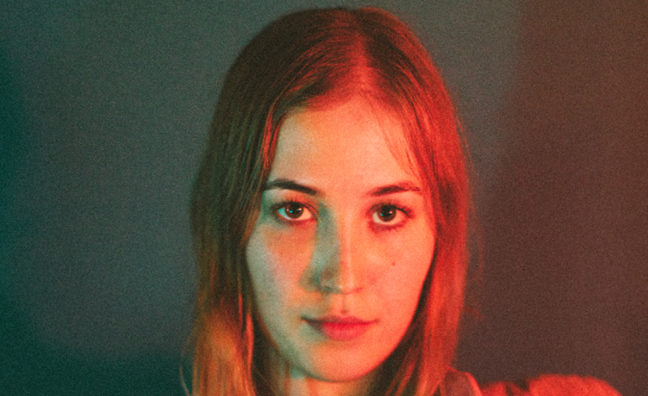 Harriette Pilbeam is on the way from Salford to Birmingham and she couldn’t be happier about it. The 25-year-old is 10,000 miles away from her Brisbane hometown taking her heavy dream pop songs on the road, and she’s savouring every inch of tarmac along the way. “I always wanted to tour and release music internationally but I never thought it would actually happen. Growing up in Australia, it feels so far away from the rest of the world, like we’re the little sister rarely getting the chance to speak up,” Pilbeam tells Music Week. “I’m still amazed people are listening to my music even outside of Brisbane, and for that I’m really grateful.”

As Hatchie, Pilbeam has been weaving noise into pop for a few years now, and enjoyed early support from Australian radio station Triple J. The buzz began to hum with last year’s debut single Try, which won over Cocteau Twin Robin Guthrie, who has since remixed Hatchie’s Sure. This month, her debut Sugar & Spice EP drops via Heavenly Recordings. So just how did Hatchie break out of Brisbane?

“I had a lot of support from my friends in bands and my family,” she says. “They knew I’d really wanted this for a long time. The Triple J support from day one was a bonus.” Pilbeam senses opportunity, and is diving into the music industry head first. “It’s an exciting time. People are starting to pay attention to younger artists which is great, and hopefully this is a year for some big changes in regards to gender equality in the industry,” she says.

Written to recreate the euphoric feelings associated with being in love, the songs powering Hatchie’s rise invariably start with a hook, Pilbeam and her bandmate and boyfriend Joe Agius adding hiss and fug from there. “It sometimes takes a bit of time deciding how far to take it in either direction, but that’s the fun part,” she says. “I love pop music, but I’ve never really wanted to be a ‘pop star’.”

Dovetailing with the ebb and flow of Hatchie’s songs are her lyrics: sometimes autobiographical and sometimes fantastical, they present a whirlwind of emotions. “I’m a very indecisive person and I can jump between being really happy and confident and really unsure of myself,” Pilbeam explains. “It’s important to me that I include that in my writing and have a number of different feelings within one song, because emotions aren’t always black and white or easy to process.” But the rush and gurgle of Hatchie’s songs means the tangle of feelings ties and unties itself to the extent that, by the end of the EP, you may not know which way is up. “I couldn’t be more excited to release it,” she finishes. “I’ve written so many songs over the last few years, but these are the most special.”