On The Radar: Lilla Vargen 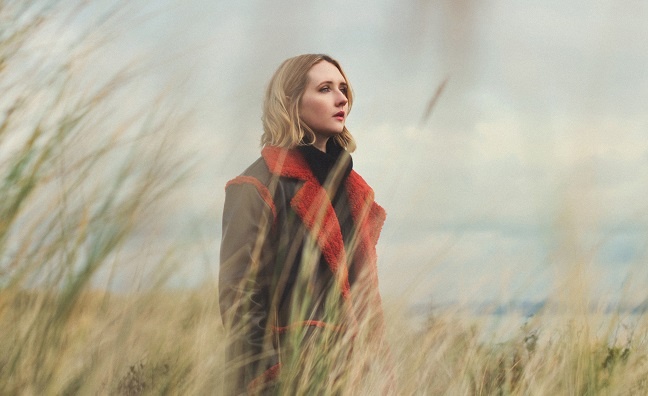 Lilla Vargen used to keep her love of music a secret. Back in school in the middle of nowhere in Country Antrim, she’d spend free periods hiding in the music room, invariably found skulking near the piano. A growing fixation with music meant that piano and guitar soon developed a magnetic effect on the singer, who’s now establishing her alternative pop sound with blustery, big-hearted ballads such as Cold. Released earlier this year, it tells the story of an abusive relationship. It’s powerful, and suggests a big future beckons for Vargen, who toured arenas with Dermot Kennedy around the UK and Europe in the winter. As she tells Music Week, her skulking days seem a lifetime ago.

“It’s weird, I would hide away because I liked trying to write songs, but it was very much a secret,” she says. “I was almost scared to put myself out there. I would go to the music room and just hide. That was how I’d spend the free hours I had, then I’d go home and get straight onto the piano. It was an obsession.”

Vargen describes the area she grew up as “just lots of fields”, adding that people back home think she’s “insane” for swapping the countryside for London. “I fell into music as a job by accident I suppose,” she says, neglecting to mention her clear and obvious talent. “I’m from the middle of nowhere in Northern Ireland, I didn’t think this would be an option for me in life.”

I want my songs to be big, to really fill a room

Now, Vargen has an unexpected pause for reflection, her plans temporarily on hold due to the coronavirus. An opportunity at SXSW has been lost and UK dates are postponed. Marooned with friends in Newcastle, Vargen is unable to get home to her family and is using the time to take stock, to remember how she got here. “Around Belfast there was a big clique of people in different bands, but I was never really in that because I was too anxious to ever be around anyone that was really cool!” she smiles. “I would talk to people and stuff, but I didn’t want to just get into the clique, once you do that, especially coming from Northern Ireland, it’s really hard to get yourself out and you can just be pigeonholed as an Irish artist. I love Ireland, but I just want to be known as an artist. Where I’m from is not the big thing, the big thing is the music.”

And Vargen’s music is just that – big. Back in the day, she’d travel down to Cork to make demos with only her guitar. Now, she’s going widescreen. A recent performance of Cold with London Contemporary Voices choir hints at the scope of her vision. “I don’t think you can hear your own songs being bigger before you can actually play them bigger,” she says. “Getting a band was a turning point. Now, in the studio I’m like, ‘Yes! Let’s add more stuff, let’s make it sound huge’. It’s balancing the gritty edge and pop, I want my songs to be big, to really fill a room, regardless of the size.”

Vargen says that’s just what happened on tour with Dermot Kennedy, a run she describes as the best experience of her life so far. Naturally, the singer would like a taste of Kennedy’s chart-topping success, but she knows it won’t come easy. “Loads of people say they want to play Wembley or headline Glastonbury and I would love to do that, but for me it’s about writing and playing as much as I can,” she finishes. “Then I want to release an amazing album and keep on working my butt off so I can eventually do some of those amazing things.”