On The Radar: Louis Berry 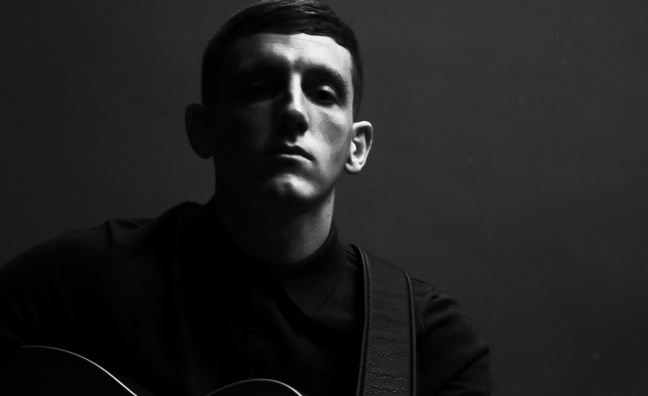 Louis Berry is stood in the cold on the cracked cobblestones outside Glasgow venue Stereo. In a few hours, the 24-year-old, who signed a publishing deal after his first gig and a record contract after his second, will be inside ripping through rock ‘n’ roll songs with his band, but for now he’s reminiscing about the battered pavements he trod as a kid growing up in the notorious Tower Hill estate in Kirkby, outside Liverpool.

Louis often went hungry as his dad used what little money the family had to fund a heroin addiction. School was lonely and difficult, and although he found refuge and music at his grandad’s house nearby, he fell into the estate’s whirlpool of crime and danger.

“I was trying to survive off whatever means necessary,” he says. “My father is still a heroin addict and he’s still scoring drugs off my mates who I grew up with. One has just been locked up for 15 years. That life is still very real for me, even though I’m more comfortable.”

Things started to get more comfortable after a BBC Introducing gig at Liverpool’s Cavern Club. “I’d never really played before and it was only friends that turned up, but I ended up signing my publishing deal with Crown Music which led to where I am now,” he remembers.

Next came crackling debut single .45, which introduced his rasping vocal and rickety riffing. Zane Lowe was a principal early supporter and his patronage meant Louis’ next gig was packed.

“There were a lot of labels in the room and I ended up signing to Household Records,” he says, admitting that he was “a bit suspicious and didn’t really understand the process.”

Three years on, Louis is settling into life as a musician, has been recording his debut album in Nashville and London with Steve Fitzmaurice (Ian Brown, Depeche Mode) and has just completed a headline UK tour.

Upcoming single Restless – cut from the same cloth as .45 – is on the album, due next year, but he promises some darker, deeper material too.

One example is the slow, barren Man Down, written when Louis was on the brink of breaking into music.

“At that point I thought I was going to get shot, and that song is me speaking to my maker as I’m dying on the floor, I wrote it as a prayer,” he says.

As well as delving into his past, the singer wants to provoke change. “A lot of my songs aren’t the typical ones you hope go to radio or make people dance.

Music for me has always been about protest, and I don’t see anyone doing it now. I want to be the person to do that again,” he explains.

Indeed, he feels the pull of responsibility to speak up for those who empathise with his story.

“There’s a whole other world that needs a voice. If you look at those artists, I don’t feel like they’re representing people from the streets or who are worse off in life.

Some of them have great tunes, but for me they don’t represent the people and I feel I need to do that.”

Of Bugg, who grew up on an estate in Nottingham, Louis simply says, “Jake Bugg wouldn’t last five minutes where I’m from.”

It’s fighting talk, but as he heads inside, Louis refocuses. “I’m not thinking about anything else but progress, I’m staying on this path.”