On The Radar: Phoebe Green 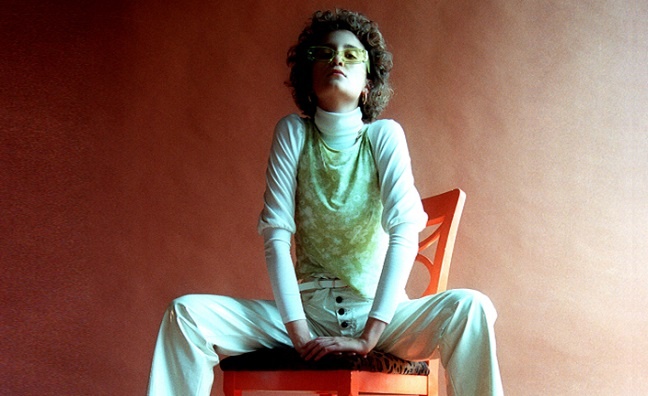 Oh God, easy peelers are great, aren’t they?” Phoebe Green loves clementines so much she named her latest single after them, and a discussion about how the song came to be prompts a burst of laughter before an explanation. “To be honest, I think I was scrannin’ a lot of easy peelers when I wrote it,” says the 21-year-old, who grew up in the seaside town of Lytham, near Manchester. Really, Easy Peeler takes a swipe at modern romance, using sultry guitars and a fat, bassy low end to emphasise Green’s burning vocals. The track’s loucheness and confident, lizard-like quality echoes Arctic Monkeys’ recent work.

“I view myself as an open book,” says Green, who signed to Chess Club (home to early singles by Wolf Alice, Jungle and others) earlier this year. “I’ll either be so guarded and reserved or the biggest over-sharer with zero boundaries. Easy Peeler is meant in the sense that it doesn’t take anything for me to open up. You peel away the first layer and there I am.”

Similarly, it takes no time at all for Green’s personality to come through in our conversation, which skips and wanders in labyrinthine fashion, with laughter at the end of every story. Take her description of her hometown, for example. “It’s lovely, it’s just that growing up there, especially as a musician, there was absolutely no one,” she says. “It’s a bit more up-and-coming now, but my memories of it will always be as a relaxing seaside town with a lot of charity shops filled with a lot of rich old ladies’ clothes. And that place birthed me…”

But growing up in Lytham – where Green’s nan said she’d “be the next Shirley Temple,” thanks to her curly hair – was key for the singer, who went on to study songwriting in Manchester. Her loneliness fuelled her musical stylings from a young age, and in 2016, she released a 10-track album called 02:00AM.

“I was living in Lytham and had never really left… I must have got very, very lonely to write an album of that length at that age!” she says. “It’s definitely a good thing to have done, though, it’s such a snapshot of a period of my life. I wrote a lot about the way I felt, I didn’t really feel that understood.”

I didn’t really feel that understood

Green found solace on its final song, Isobel, which was written for her best friend. The pair travelled to Manchester going to gigs, from Marina And The Diamonds to My Chemical Romance. Now, Green lives in the city centre, tapping her innermost thoughts into her phone on public transport to write her songs. “I’m working towards a body of work and I have so many songs ready,” she says. “But I change so much and get so impatient, I’ll write a song and absolutely love it, then the next week I’ll hate it. It takes me so long to settle because it’s such a cathartic thing. But I’m slowly becoming more comfortable, so hopefully I’ll start to actually like my songs...”

Green laughs again, but her dedication is clear. “I’ve never had a plan B, this is what I’ve always wanted to do,” she concludes. “My worst nightmare is being a one-hit wonder and fizzling out. I really want to establish myself as a musician and as a person, I want it to be a really interesting journey that people are invested in.” She’s well on the way already…