On The Radar: Rebecca Garton 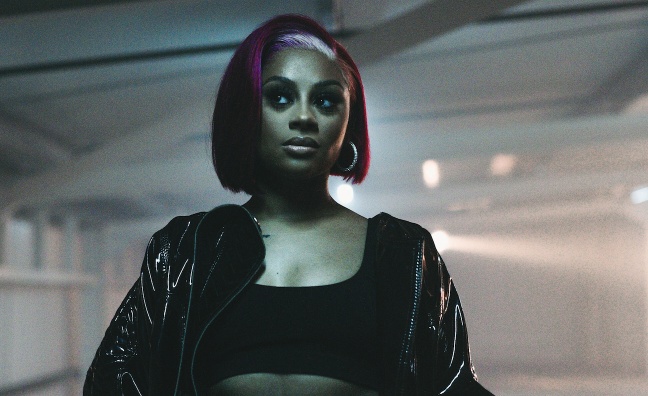 Rebecca Garton certainly isn’t the first person to tell the music industry to wake up, and you’d probably be safe to bet that she won’t be the last. Speaking to Music Week at home in Sidcup, the rising singer has a specific bone to pick with the business.

“We need the industry to create more of a buzz around UK R&B,” begins Garton, who has a glossy, high definition take on the genre she holds dear and is already doing her bit to raise its profile. “Like what’s happened with drill, R&B needs that same push, I’m just hoping more people keep pushing it forward.”

Garton releases her debut EP Take Me Home next month and its six songs filter influences from Sade, Lionel Ritchie and Lauryn Hill, plus the cold-hued edge of UK MCs like JME that she fell for after moving to Kent from Nigeria as a teenager. Born to a Ghanaian mother and a British father, Garton grew up on music, gorging on US MTV and falling hard for R&B. Now, she wants to make it the biggest genre in the UK.

“We’ve come a long way, but we still have a long way to go,” she says. “It almost feels like, if it’s not American, we don’t receive it well. But there are so many amazing R&B girls in the UK, men as well.”

Garton’s tender touch makes tracks like Take Me Home – written for her father after he passed away – stand out, and her effortless recent single All Me, featuring Wstrn’s Louis Rei, was so strong that she made a second version with an all-female cast of Ling Hussle, Alana Marie and Tia Carys. “People are really receiving the all-female crew vibe, so it’s good,” she says. “I don’t feel it’s ever really been done, especially in terms of R&B. I feel like in the UK you might need a rapper or a big name to push a song. We’re all up and coming females so I was a bit scared [wondering] how people would receive it. Luckily, everyone’s been loving it.”

With 263,000 views across both versions on YouTube, All Me has got people talking, with plentiful support from BBC Radio 1Xtra, GRM Daily and more.

“Culture and where I’m from plays a massive part,” she explains. “Even down to drum patterns or certain words, I may use African language or context to say certain things. It’s something I’m very proud of, as much as I’m British and my dad was English, the African part of me is such a big part of my life, it’s really who I am down to my core. It’s important that people understand that.”

Garton urges anyone listening to her music to look beyond mere sound too; she wants to affect people, to make an emotional impact.

“R&B is so timeless and so true to whoever has made the music, it’s a feeling,” she says. “I want my EP to be a timeless body of work, I want people to listen to it and think, ‘OK, I can relate to almost every track, I’ve felt everything Rebecca has felt.’”

It’s fair to say that Garton had a lot to pour into the EP. Adjusting to life in England was tough and it wasn’t until university that she felt fully comfortable. After studying public relations, she diverted to music and ended up getting a big break quickly, featuring on three tracks on Krept And Konan’s No.2 debut album The Long Way Home. It was her first real recording experience.

“I wasn’t meant to be on the album, I was just doing the demo,” she remembers. “They thought I was Jhené Aiko and when someone told them, ‘Actually, she’s just a girl from Kent,’ they luckily decided to keep me.”

Garton admits that she wasn’t prepared for the sudden exposure and needed time to develop her sound, but there’s no doubt she’s ready for the next step now.

“For this generation, everything is ‘Go, go, go,’ but it’s OK to take a step back, figure out who you are and the music you want to make,” she finishes. “I’m excited, there’s something for everyone on my EP. R&B has been around for years and it’s not going anywhere, it’s timeless...”