On The Radar: Stevie Parker 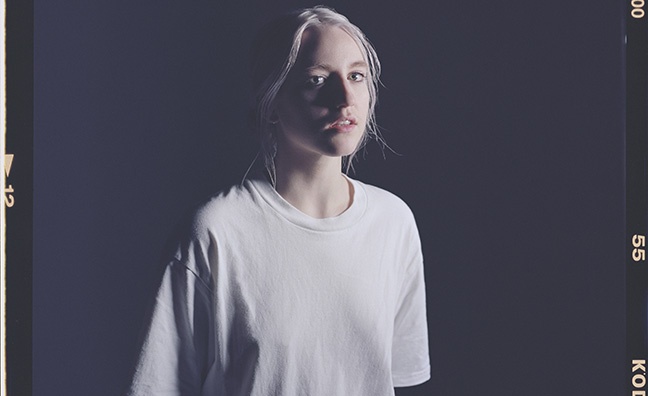 You can relate to Stevie Parker. That much is obvious when she says she’s just hanging around her parents’ house not doing much, a week ahead of the release of her debut album, The Cure. A second later, she confesses to being “terrified and excited” about the whole thing, mostly because, “as someone who’s never done anything like this before, there’s a fear of the unknown, you don’t know what to expect”. There’s no self-aggrandising fluff here, just the honest thoughts of a slightly trepidatious 24-year-old about to experience something important. Parker is easy to empathise with, and that’s precisely the point.

“I’m just an advocate of people being authentic about where they are emotionally and mentally. There should be more of that in our country generally,” she says. “Not to the point where we’re all miserable, but creating some sort of solidarity. More people saying, This is how I feel, so others don’t have to feel so alone. I think that’s very important." Parker, who’s from Somerset but now lives in Bristol, does so through her songs, which exist in a haze of hope, heartache and broken relationships.

Together with writer/producer Jimmy Hogarth (Sia, Amy Winehouse), she cooked up a sound that betrays shades of Laura Marling, The xx and Massive Attack, and bags of no-bullshit pop attitude. Parker has suffered from anxiety and insomnia, and admits that “not being good at talking about feelings” means music is her primary way of “getting stuff out”. However, she’s not about to unpick the situations behind every song.

“I really like ambiguity,” she explains. “I want to be honest, but at the same time I don’t want to go into too much detail, I think that’s really important. I want the music to evoke a feeling rather than a specific experience. It’s not story-telling, it’s more mood-evoking, that’s what I want to do.” And, Parker notes, she’s enjoying doing just that - whatever she wants. Signed to Virgin EMI and managed by Rough Trade’s Jeannette Lee (whose only other management client is Jarvis Cocker), she’s swaddled by a team she credits with “massively building my confidence”.

More than that, though, there’s been none of the interference Parker had half-expected. “There’s no, This is what you need to be, say or dress like,” she says. “There’s no cynicism or interference. When I signed I was nervous about being changed or put under pressure, the industry is a pretty scathing, intimidating place. It needs work on that front.”

So, does Parker see herself as someone who could change the situation? “I’d love to think so, even if it’s just in a small way,” she answers, recalling a moment after a gig where a couple approached her and said she was a “great role model” for their daughter. Role model, inspiration, pop star, however you spin it, Parker’s is a compelling story. It’s also one she intends to keep adding to for as long as she’s got a platform to do so. “I feel very lucky,” she finishes. “I like feeling I’ve got at least a chance of doing something that can make some sort of difference.”