On The Radar: Ten Tonnes 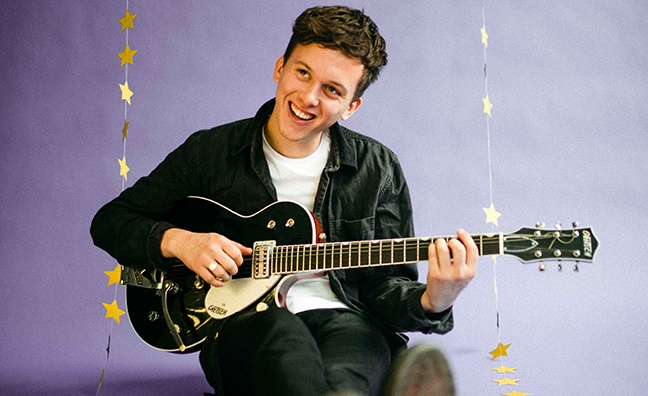 What do Lauren Laverne, Annie Mac, Chris Evans and Jack Saunders have in common? All four are part of a growing group of radio DJs who have fallen hard for Ten Tonnes, aka Hertford indie kid Ethan Barnett. Since 2016, Barnett has been channelling his love of fizzing guitar songs – from Tom Petty and The Clash to The Strokes – into sharp vignettes such as current single Lucy. Live, Barnett’s crowds range from screaming teens to nodding middle-agers, and he’s revelling in his cross-generational appeal. “It’s testament to the songs being good,” he begins. “I love old music. I’m a new indie act, but I know what I’m doing and I listen to a lot of good music, so that’s maybe why older people rate it too.”

With debut album Ten Tonnes due in May, it’s increasingly apparent that Barnett does indeed know what he’s doing. Ever since he started writing songs in his bedroom as a teenager, this cheery tunesmith has been in pursuit of perfection. “I always want to make music I’d want to listen to, in the vein of the bands I like, old or new,” he says. “I love pop music as well, The Beatles are my go-to, that level of songwriting. Obviously I’m not as good as The Beatles! [Laughs] But that standard of really strong pop songs.”

I’ve got one chance to make a great record, I might as well go all out

Barnett, who’s been developing under Warner’s tutelage and worked with Dan Grech (Liam Gallagher, Circa Waves) and former Maccabee Hugo White on his LP, loves nailing such songs. “It takes the most skill to write songs like that. I could write an emotional ballady tune fairly easily, I feel like anyone could,” he says. “Making a big pop tune with guitars and a great chorus can be harder to get really good. That’s what drives me, trying to write those songs, it feels like a bigger achievement when you get a good one. It’s quite a big mission statement but it’s what I try to do. Fuck it, I’ve got one chance to make a great record, I might as well go all out.”

As for lyrics, Ten Tonnes deals with relationships and the frustrations associated with wanting to break out of smalltown life. Barnett, now 22, is happily settled in London. “I wanted the album to sound a bit naïve, I don’t want to sound too grown up,” he says. “Some of the songs were written when I was 18. And some I wrote and thought, ‘I don’t want it to sound like a 40-year-old should be singing it’. I wanted it to feel youthful.”

More than anything, Barnett is excited to finally release the record and get back to pounding the road on tour. He wants success, and he’s been up close to it recently, thanks to the success of his brother, George, who’s a few rungs further up pop’s ladder. Yes, Ten Tonnes and George Ezra are siblings. “He had an amazing year, it’s been great to watch,” says Barnett, who reveals that the pair avoid music and “go to the pub, talk shit and be brothers” when they’re together. Barnett “would fucking love a BRIT Award” and says he’s not bothered by questions about his brother. “The only thing that would annoy me is if people assume I’ve got to where I am because of George. If my songs were shit they wouldn’t get played anywhere. Most people get that,” he says. “My main focus is continuing to be successful…”