On The Radar: Tom Grennan 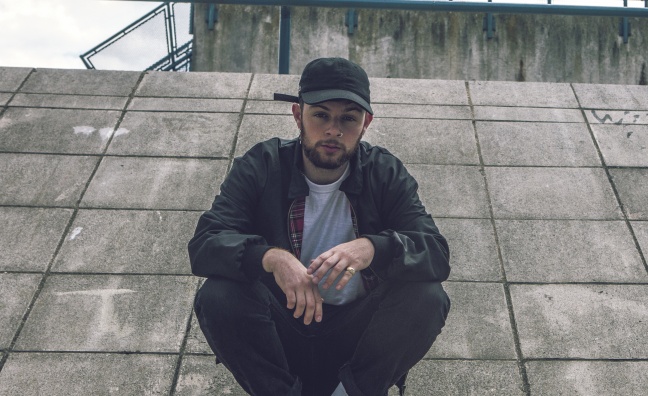 Facebook is great for idle meme-browsing and spying on people you haven’t spoken to in 10 years, but it’s also a good place to procure yourself a manager. As Tom Grennan found when John Dawkins at Various Artist Management (home to Charli XCX and The Libertines) sent him a message saying he liked his music and suggesting they meet for a drink.

“That was the best decision I’ve ever made!” says the bluesy singer-songwriter of signing with Dawkins. “I knew he’d represent me properly, he got me, there was no bullshit from the get-go, just passion, and a vision. He’s my manager but also like a big brother, always looking out for me and what’s best.”

The offer of a record deal, meanwhile, came as an early Christmas present in December 2015 from Insanity. Obviously he accepted.

“I went with Insanity because I thought they were the best people for me, we just clicked on so many levels,” says the 21-year-old. “When I got signed it was actually mad, I had my mum and brother with me, it was so special to share it with them.

I was nervous as I knew the hard work started right off the bat, and I knew I had a lot to prove to show Insanity that their investment was a wise one!”

It’s looking good so far: the Bedford-born singer’s latest gig was as a guest vocalist on Chase & Status’ When It All Goes Wrong.

“My publisher showed them a rough song of mine and they said they wanted to work with me, which is mad,” explains Grennan.

“It was sick recording with them and creating a finished piece, because I’d listened to them since being in school.

It was surreal at first, but they put me at ease and straight away the vibe was cool so we just got down to work!”

Music wasn’t always the plan for Grennan, who recently graduated from an acting degree at London’s St. Mary’s University.

Before that he was training to be a professional footballer, and spent time playing for Luton Town, Northampton Town, Aston Villa and Stevenage.

“I was close to playing over in the States but something was telling me not to and obviously it was the music,” he says. “My head was turned by music and people saying I had a voice!”

That wonderfully soulful vocal can be heard on forthcoming EP Something In The Water, the title-track from which came out in August.

“The songs were feelings I was holding,” Grennan says of the six-track release. “I took stories from what was happening in a few people’s lives, as well as my own, and from that I tried creating something relatable and real.

Something In The Water is about falling in love with who am I and what I’m about after questioning myself for some time.”

“Anything can inspire my lyrics,” he adds. “I just make notes each day of what’s happening, be it on the train, in the street, the bath.... wherever the light bulb flickers.

There’s lots going on at the moment so I’m inspired by all sorts, it’s an exciting ride, that’s for sure!”

That ride continues with more touring – his next London show is at the Slaughtered Lamb on November 10 – plus, Grennan promises there are plenty more songs on the way.

“I’m writing a lot, for an album and potentially another EP, but believe I’m stacking bare songs at the minute!”