On The Radar: Yellow Days 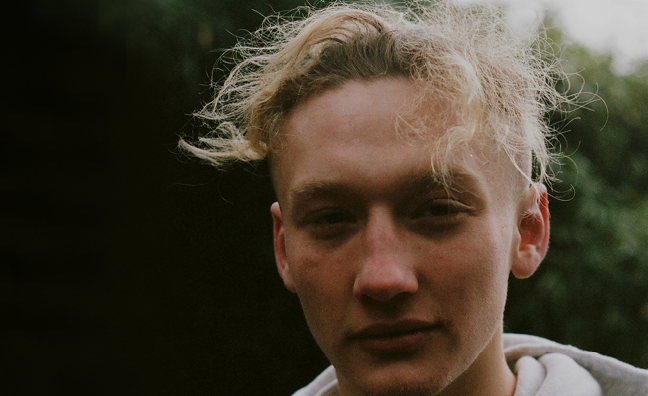 Things are changing for George van den Broek. The 19-year-old who makes records as Yellow Days has just dropped his first new music of 2018, and The Way Things Change is a statement of intent. Deep and trippy, it revolves around a soulful groove, with instrumentals whirling under George’s vocal, which shifts through soft, throaty and strangled. “It’s a new chapter,” he tells Music Week, enjoying the baking spring sunshine in his Haslemere hometown.“It’s a new chapter for the music and the scene, it’s changing this year and I think everyone’s changing with it.”

George is looking to soul, blues and R&B as he aims to “create the new age of music”. At the same time, The Way Things Change documents personal adjustments, too – George has been making music at home (mostly in the garden shed) since he was 11.“I’m growing up, but I’m still young and I think my sound will change with me,” he says, before affirming that his woozy tunes will continue to wrestle with themes such as depression, anxiety and lost love. “I’ll always maintain that heaviness and emotional content. Music is a sort of therapy, because it tackles heavy things. I try and avoid writing anything that’s easy-going.” A disciple of Roy Ayers and Etta James as well as more contemporary, introspective songwriters such as Mac DeMarco and Tame Impala’s Kevin Parker, George puts this approach down to his “blues mentality”. “Writing music makes me feel better, [it’s a] cathartic process,” he says.

As well as attracting a recent sync for the second series of Atlanta, Yellow Days’ jazzy, absorbing style has pricked the ears of Columbia. George released the 13-track Is Everything OK In Your World? last year, and plans to “smash out albums” from now on. He confides that he’s “never been afraid of the big label thing”, and pays tribute to his team. “There’s a big misconception of what these guys are about, they commit their lives to selling music and working with artists and they’re just there to facilitate your dream.”

George’s mission is to dismantle “the idea that pop can’t be soulful”. He’s not afraid of the P-word and is ambitious, but this young dreamer will not compromise. “I want to cut through the trash that everyone’s inebriating themselves with and try and give kids the realisation that music can be meaningful, it can be bursting at the edges with feeling,” he says. “That’s really how music should be.” To do so, George merely plans to do what he’s always done and focus on the music. “I’m not out for any personal gain or to spread my face or image. It’s just music, for me it’s so simple,” he finishes. “It’s a great opportunity, and if I can do it exactly as I want to do it, then there’s no problem…”