7 Years still biggest selling track of 2016, despite Drake's hold on current No.1 spot 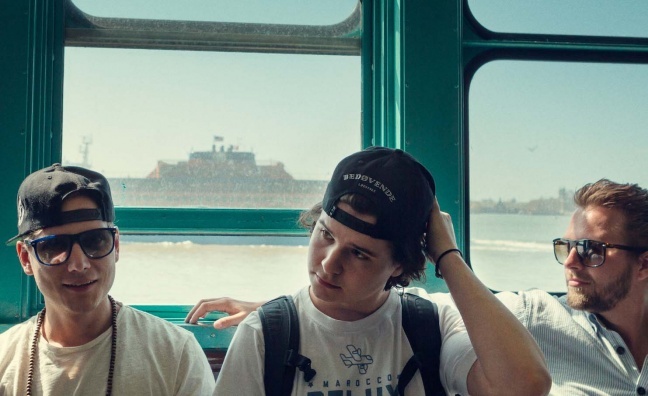 While Drake’s grip on the number one spot in the singles charts shows no signs of slipping, it is Lukas Graham’s 7 years that currently sits atop the official singles chart for the first six months of 2016.

Based on combined digital, physical and streaming equivalent sales, 7 Years has accumulated sales of 1.258 million for 2016 so far. The track spent five weeks at number one between February and March and has amassed 67.6 million streams and 582,000 digital/physical sales.

Unsurprisingly, Drake comes in at No. 2 for the year so far with current singles chart No.1 One Dance, which boasts combined sales of 1.142 million. The track has been a huge hit on streaming platforms, with 74.8 million plays since its release in April, contributing to 748,000 of it’s overall combined sales total.

One Dance looks to be on course (at time of writing) for another week at the top spot in the current singles chart, which would take it to 13 consecutive weeks. It is currently the longest running No. 1 single since Wet Wet Wet’s 1994 hit Love Is All Around, which spent 15 weeks at the top.

The third biggest track of the year so far is Mike Posner’s I Took A Pill In Ibiza (Seeb Remix). The track spent four weeks at No. 1 in March/April and has notched up combined sales of 1.058m.

One of the fastest sellers of the year so far is Calvin Harris and Rihanna’s This Is What You Came For, which sits at No. 14 despite being released just nine weeks ago.

The official singles chart for 2016 has something of an international look to it when compared to the official albums chart for the first six months, which featured records from seven British artists in the top 10.

Earlier this week the Official Charts Company revealed Britain’s top 60 biggest selling albums of all time as part of its 60th anniversary celebrations.

The official top ten tracks of 2016 so far are: