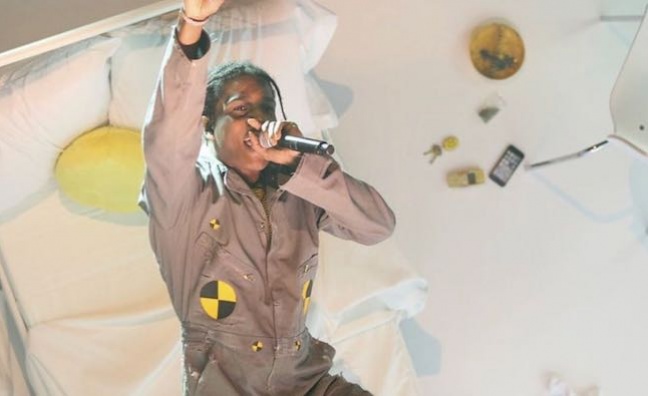 A$AP Rocky has been convicted of assault in Sweden.

He was given a conditional (suspended) sentence by the court in Stockholm. According to local reports, the US rapper will have to pay a fine to the victim of the assault.

A$AP Rocky – real name Rakim Myers – was arrested and held in custody following a confrontation with 19-year-old Mustafa Jafari in Stockholm on June 30.

At that stage, A$AP Rocky pleaded not guilty and testified that the situation “got a little scary.” But prosecutors said the actions involved attacking Jafari with a bottle and went beyond self-defence. They had asked for a six-month jail sentence.

Stockholm District Court said in its ruling: "The defendants have claimed that they acted in self-defence. Based on statements from two witnesses, the court finds that the defendants were not subject to a current or imminent criminal attack. Therefore, they were not in a situation where they were entitled to use violence in self-defence. Nor could they have perceived themselves to be in such a situation."

The rapper and two associates were held until early this month when legal arguments were completed. A$AP Rocky left Sweden immediately upon his release from detention on August 2. He was not required to attend today’s hearing.

President Trump had attempted to persuade the Swedish authorities to release him following the arrest. Upon his eventual release, Trump tweeted: “It was a Rocky Week, get home ASAP A$AP!”

A string of European dates were cancelled, including Sonar Festival in Barcelona. J Hus stepped in as replacement at the Wireless Festival.