Are Led Zeppelin about to reunite? 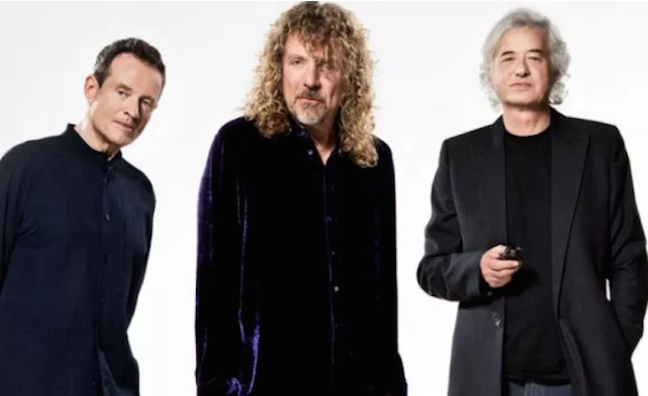 Earlier this week (May 3), a message appeared on Robert Plant’s website, prompting rumours that Led Zeppelin may reform later this year.

The words ‘Any time now...’ sparked fans to speculate that the band’s three surviving members, Jimmy Page, Robert Plant and John Paul Jones, could reunite for their 50th anniversary in 2018. The approaching half-century had already led the group’s followers to speculate as to how they might mark it.

Last month, Gary Tovar, founder of AEG’s Goldenvoice promotions arm, told The Guardian “we’d like to bring up the Led [Zeppelin], if you know what I mean”. AEG is behind Indio festival Desert Days – which last year hosted performances from The Rolling Stones and Roger Waters – and, even though Tovar is no longer part of the company, his comments led to rumours Led Zeppelin could play the event in the future.

However, sources have told Billboard there’s no deal to reunite the band in place, while AEG has not announced another Desert Trip festival for 2017.

Led Zeppelin’s last reunion came in 2007 at a tribute show to Atlantic Records’ co-founder and music business legend Ahmet Ertegun at London’s O2 Arena. Over 20 million ticket requests were made for the show.

According to the Official Charts Company, Led Zeppelin’s biggest-selling album since records began is 2015 compilation Mothership, which has so far sold 964,245 copies.