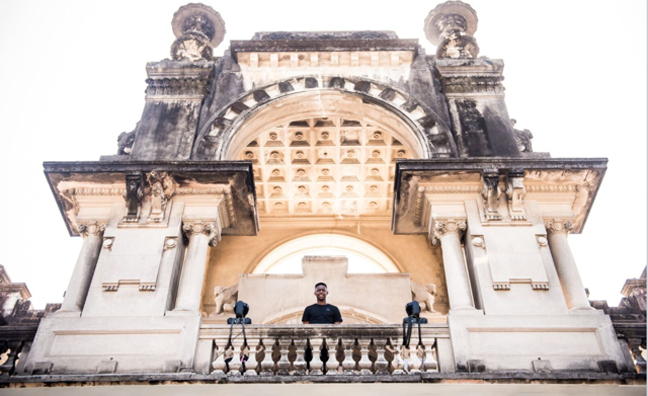 The showcase was hosted at British House (Parque Lage), as part of the London’s Soundtrack culture sector celebration event, which aims to generate new business opportunities and networking for London’s culture and creative industries.

"Our aim for doing this is really getting people to talk about the genre and then introducing them and meeting the various participants we've got," explained Parry. "I know there's a UK music representative there for the more kind of mainstream stuff that going to be going on for the message about the music industry, but our stuff has always been what's outside of the mainstream.

"We're really in the genres that don't get celebrated at the top of the agenda all the time. Obviously we work with artists who will go on to become big names and big exporters and earn a huge amount of money for the UK, but actually the bit we're interested in is those that are gonna have a long term career on the fringes and introducing those genres into global markets."

The event featured exclusive live performances from Elf Kid, Nadia Rose, Logan Sama alongside a headline DJ set from Chase and Status and a variety of other music related talent including beatboxers and live global street art.

Elf Kid said: “It’s was a privilege to be a part of British Underground’s Grime Showcase at British House – grime music is thriving at the moment and for Sadiq Khan to make it the focus of London’s celebration of culture this year at the Olympics – it’s incredible. Myself, Nadia and Logan were very proud to represent and showcase the Grime sound out in Rio.”

The Mayor of London, Sadiq Khan, added: “Elf Kid, Nadia and Logan will show the world how grime music represents London’s diverse culture. I hope these incredible young people will inspire others to make the best of what our great city has to offer and encourage the world to invest in London’s thriving cultural and creative industries. British Underground have been doing an excellent job exporting British music to important international showcases across the world for the last 15 years and this event in Rio demonstrates very clearly that London is open for business.”