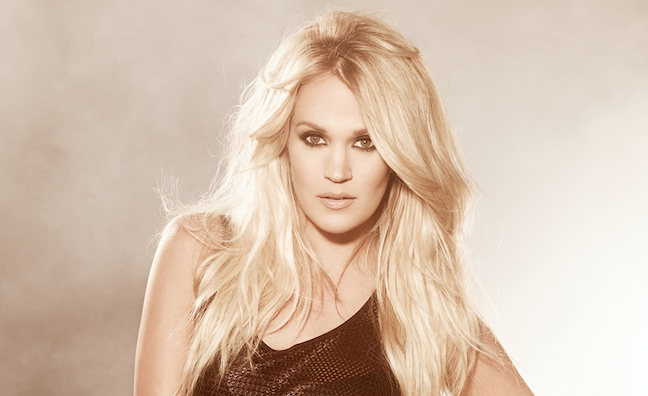 On co-hosting duties for the ninth year alongside fellow country star Brad Paisley, Underwood spoke to Music Week about the enduring influence of the awards on country music over the past five decades, whilst also paying tribute to the number of new acts pushing the genre in different directions.

“It’s always good for artists to go and perform the CMAs and maybe open some more people’s eyes as to what they’re doing,” she said. “It’s a wide open playing field right now for artists because there’s just so many different kinds of artist in country music. There are people that are more singer-songwriter or more Americana or more rock influenced or pop influenced. I think that’s one of the great things about country music. It’s not just one kind of song, one kind of artist. There’s a lot of room right now.”

One act singled out for praise by Underwood was UK duo The Shires, who have just become the first UK country act to sign to US behemoth Big Machine Label Group. The pair’s latest album My Universe peaked at No.3 in the UK album charts and has so far racked up sales of 27,201.

“I got the chance to meet The Shires at the Apple Music Festival and they were just super,” she said. “I really enjoyed watching them and listening to them and they were really nice too, so I look forward to seeing what they’re going to do.”

Underwood also highlighted the number of new female acts making waves in the genre - something that hasn’t always been the case in country music.

“There are a lot of young ladies that are getting more of an opportunity than they have in years past. When you look at people like Kelsey Ballerini, Maren Morris, Janet Kramer, and a lot of other ones as well. Those are really exciting to me because over the past decade there’s been a lack of women on country radio.”

The return of the Country To Country festival to London, Glasgow and Dublin has been confirmed for March 10-12, 2017. Brad Paisley and Zac Brown Band are the first headliners to be announced.