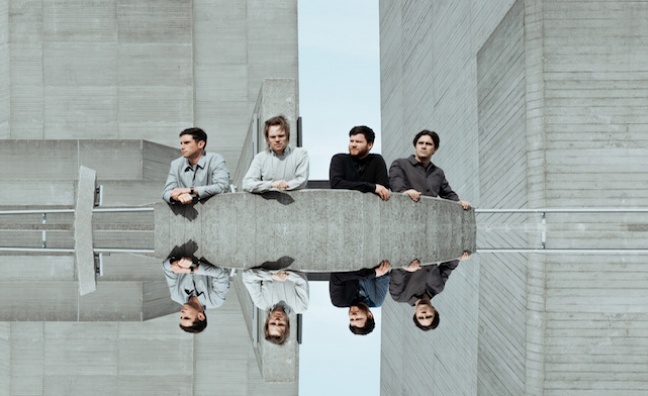 Earlier this week, UK electro-rock band Enter Shikari announced details of their highly-anticipated new album,The Spark, which is set to be released on September 22 on Play It Again Sam / Ambush Reality, and comes two years after their last record The Mindsweep.

The album sees them team up with producer David Kosten (Bat for Lashes, Everything Everything) to give them a slightly different but bigger and bolder sound. As has been revealed to Music Week, it is a release that team Shikari believes could make them more accessible to a wider audience, but without compromising their values or pre-exisiting fanbase.

“They wanted to bring in someone who had a broader scope of electronics and melodics,” said Peter Thompson, MD at Play It Again Sam. “The band was very open to working with another party and to see what would come out differently and we’re very happy with the results.”

Thompson also hopes The Spark will attract a wider audience as well as keeping their current fan base happy. He added: “Hopefully there will be people who have dismissed Shikari as this young, ravey, electro hardcore band and realise they are a really strong UK act and should be acknowledged as such.”

Enter Shikari's manager Ian Johnsen agreed, and said: “I think the band’s ambitions have broadened a bit and doing the same old thing just didn’t appeal to anyone. It’s not unrecognisable and wildly beyond the normal sound, but it’s certainly a twist on that. There are some extremes – the electronic bits have become more electronic, the softer bits have got softer, the melodies have got more melodic, it’s just pushed what they do wider with someone like Kosten to sharpen the points on it and the hooks and make it become accessible.”

One thing Johnsen wants to avoid is a pushing the new album through a long-winded promotional campaign.

“We don’t want the trudge that we feel a lot of campaigns have,” he said. “The heart of this is not boring people. With some releases, when it’s finally released, you go, really? I thought that had been out for months and you’re sick of seeing the sleeve, the band logo, the same photos.”

Johnsen also hopes this will be Shikari’s most successful album but predicts they will still rely heavily on physical sales.

He said: “The band’s audience seem to like physical stuff still. The last two albums, we sold a lot on vinyl, we went to our fifth re-press on A Flash Flood of Colour and our fourth on The Mindsweep. In a rapidly declining market and a chart that feels like it doesn’t mean anything anymore unless you’re No. 1, you’d like to think it’ll reach more people and impact a bit more and this will be the one to make more people sit up and notice.”