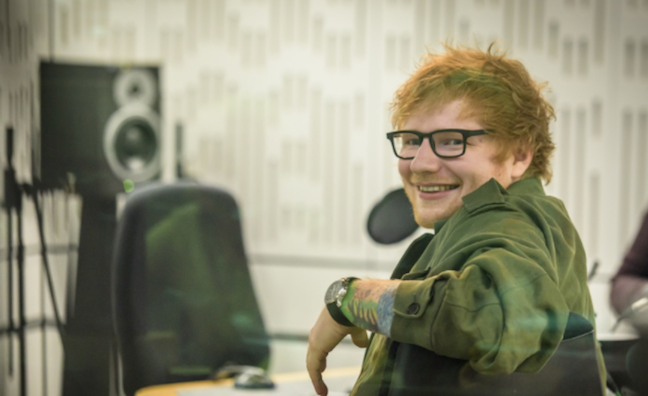 Ed Sheeran is set to be the first castaway of the new series of Desert Island Discs.

The singer will appear on the BBC Radio 4 show, presented by Kirsty Young, on Sunday May 7 at 11.15am. He follows in the footsteps of previous musical guests including Kylie Minogue, Bruce Springsteen, Noel Gallagher and Keith Richards.

Launched in 1942, Desert Island Discs requires guests to choose eight songs, a book and a luxury item that they would take with them were they to be sent to a mythical desert island.

Sheeran’s spot on the show comes after a record-breaking few months for the singer. His comeback single Shape Of You – recently dethroned by Harry Styles – spent 13 weeks at No.1 and has sold 1,985,311 copies so far, according to the Official Charts Company.

Its parent album, ÷, has occupied top spot since its release on March 3 and has now shifted 1,570,582 copies. The record’s first week total of 671,542 sales made Sheeran the fastest-selling male artist ever.

The album helped power a rise in consumption of 10.7% in Q1, while Music Week recently reported that five million people applied for tickets to Sheeran’s upcoming tour.