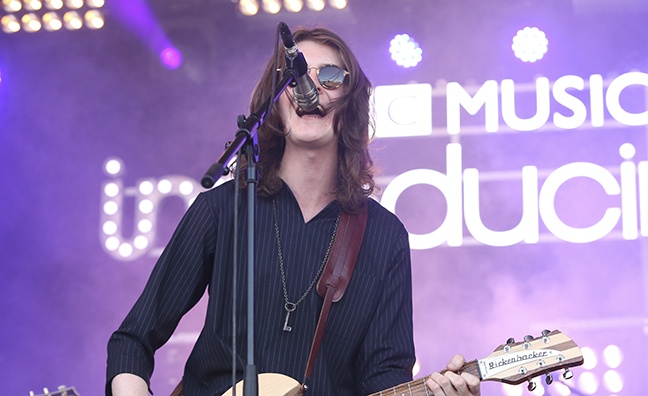 He argues, fairly, that BBC Music Introducing is a key source of that new talent. Tonight (October 4), to celebrate its 10th birthday, the platform is hosting a big party at O2 Academy Brixton. Blossoms, Declan McKenna, Everything Everything, George Ezra, Nao, Rae Morris, Slaves, The Big Moon and Yizzy will all perform live. All nine have received support from the platform, which, Stephens said, plays a "unique" role in the biz.

To help celebrate, we take a trip down memory lane and shine our own spotlight on four Introducing success stories.

Stockport’s finest now have almost 120,000 sales of their Mercury-nominated, chart-topping debut under their belts. Their BBC story began in 2014 on local radio. A Steve Lamacq session followed, and the band played Introducing’s SXSW showcsase in 2015.

When The Ting Tings added their music to the famous Introducing Uploader, things quickly snowballed. The band stormed Glastonbury in 2007, the first time the platform appeared at a festival. The duo performed at Introducing’s Maida Vale event in January 2008 alongside fellow hopefuls Emmy The Great and Late Of The Pier.

Swindon, May 2009. A young rapper by the name of Wretch 32 blazes through Be Cool on the Introducing stage at Radio 1’s Big Weekend. His association with the BBC still continues, with the rapper recently appearing on 1Xtra to promote fourth LP FR 32, which is out later this month.

Seven years before headlining Glastonbury the week her third album landed at No.1, Florence Welch performed for BBC Introducing at SXSW in 2008. Alone on stage, occasionally thwacking a drum, the singer would soon up the production and bombast levels considerably.