'He's one of our most important artists': Dan Chalmers targets Top 10 with new Johnny Marr LP 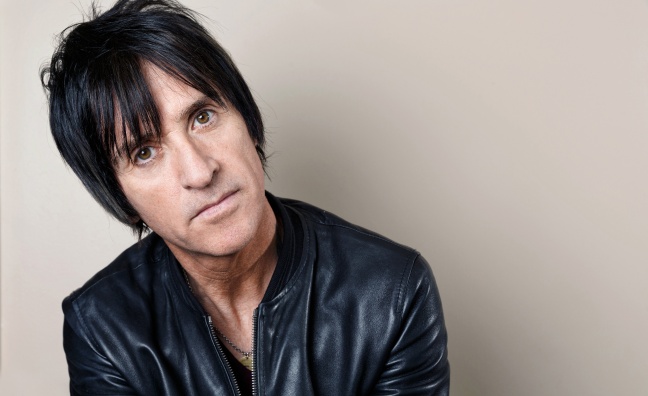 Dan Chalmers, president of Rhino, East West and ADA at Warner Music, has praised Johnny Marr's new album as the guitarist's "most progressive work to date", with Call The Comet on course to become his third UK Top 10 solo album.

The LP, which was No.5 in the midweek album charts, was released last week via Marr's New Voodoo label and is being distributed by ADA. It follows the Smiths great's 2013 solo debut The Messenger and 2014 follow-up Playland.

“The last two records went Top 10, so we want to do the same if not better,” Chalmers told Music Week. “It’s Johnny’s most progressive work to date and his songwriting continues to build. He described this as his own magic realism and I think it’s a fantastic piece of art and we know it will be commercially well received.

“There are multiple markets outside the UK with huge interest in his music and obviously the streaming landscape presents a brand new opportunity for Johnny, too. Johnny is an influencer and a pioneer so he’s not only relevant to The Smiths fanbase, but to new audiences as well.”

Marr tours the UK in November and recently spoke out in support of the UK's small venues network.

"Johnny Marr is a legend," added Chalmers. "He's one of our most important artists, both with our relationship on The Smiths' catalogue and now his third solo release through ADA. He's one of the nicest guys you could ever meet, but also super smart and ridiculously talented. He's an absolute pleasure.

"He's very progressive and thoughtful in his creative and lyrical output, but always keen to learn and take input to better the end result, so it's a privilege to work with him."