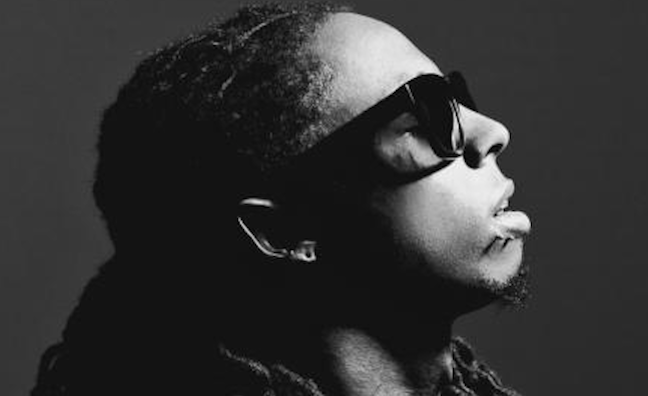 It’s a happy return to the chart for Lil Wayne, whose 12th studio album, Tha Carter V, dropped last Friday (28th), a day after his 36th birthday, and now debuts at No.2 in Norway, No.3 in The Netherlands and New Zealand, No.5 in Ireland, Sweden and The UK, No.8 in Flanders, No.14 in Italy, No.26 in Wallonia and No.33 in Germany.
Lil Wayne has been spitting his rhymes on record for 19 years, quite a lengthy career at top level for a rapper but nothing compared to the careers of more traditional singers Cher and Rod Stewart, who both started out in the 1960s and remain major stars today.
Their new albums could hardly be more different – Rod’s Blood Red Roses consists primarily of new, original songs which the 73 year old Londoner co-wrote and co-produced, while Cher’s Dancing Queen consists entirely of covers of Abba singles, with no writing or production input from the 72 year old diva.
In the UK, Stewart has the upper hand with Blood Red Roses delivers his ninth No.1, leaving Dancing Queen trailing at No.2.
Blood Red Roses also opens at No.2 in Ireland, No.9 in Sweden, No.12 in Germany, No.23 in Flanders, No.51 in The Netherlands and No.66 in Wallonia, while Dancing Queen is generally better received, opening at No.2 in New Zealand, No.5 in Germany, No7 in Flanders and Sweden, No.8 in Italy, No.10 in Ireland, No.18 in The Netherlands and No.19 in Wallonia.
Stewart’s UK coronation spells the end of Eminem’s four week reign, with Kamikaze dipping to No.4 for the rapper. Kamikaze also loses its grip on the chart in The Czech Republic (1-2), Denmark (1-2), Ireland (1-3), Switzerland (1-3) and Sweden (1-4) but regains pole position in Canada (2-1) and continues its reign in Australia, New Zealand, Norway, Slovakia. It is in decline almost everywhere else but gains late debuts in South Africa (No.9) and Greece (No.18).
Suede’s eighth album, The Blue Hour, opened at No.5 in The UK, No.22 in Ireland, No.29 in Wallonia, No.32 in Germany, No.33 in Flanders, No.40 in Italy, No.48 in Sweden and No.52 in The Netherlands last week. It is now down in some, out in the rest, but adds new debuts at No.7 in Croatia, No.11 in Spain, No.37 in Finland and Hungary, No.49 in The Czech Republic, No.58 in Austria, No.92 in Slovakia and No.112 in France.
Josh Groban’s eighth studio album, Bridges, misses out on becoming his fourth No.1 in his US homeland, opening at No.2 behind boy band BrockHampton’s Iridescence. It has mixed fortunes elsewhere, with debuts at No.6 in The UK, No.14 in Australia, Germany and Ireland, No.15 in Canada, No.17 in Switzerland, No.18 in Canada and Hungary, No.29 in The Netherlands, No.32 in Austria, No.46 in Wallonia, No.68 in Flanders, No.85 in Spain and No.155 in France.
Two of 2018’s biggest albums have been soundtracks – The Greatest Showman and Mamma Mia!: Here We Go Again. With rave reviews, Bradley Cooper’s remake of A Star Is Born, whose soundtrack features Cooper and co-star Lady Gaga, is sure to be a major success too. Released on Friday (5th), the soundtrack album was No.1 on iTunes in 26 territories by 6pm (UK time) the same day.