"It's got honesty. And teeth.": A Perfect Circle on their first new album in 14 years 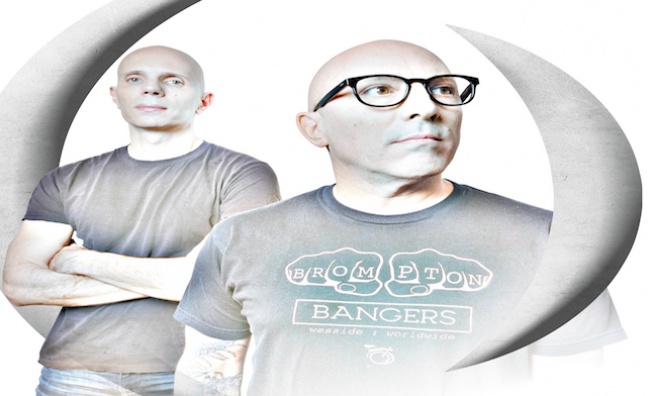 In the new issue of Music Week, we speak to A Perfect Circle vocalist Maynard James Keenan and musical mastermind Billy Howerdel about Eat The Elephant, the band’s highly-anticipated first new studio album in 14 years.

Due for release on April 20 via BMG, the record is the magnificent rebirth of one of the most compelling rock bands of all time. Yet when it came to getting APC off the ground again, it wasn’t just the logistical challenge of putting Howerdel and Keenan – also the frontman of Tool and Puscifer - in each others’ orbit again, but also the question of what this band should even be in 2018.

“Do you present things the way your established fans from 14, 15, 16, 17 years ago are used to hearing?” said Keenan. “Or do you write from where you are right now? That’s a difficult balance. I’m of the mind that, fuck it, let’s write looking forward, not backwards. That was my whole approach, to drag things ahead of us.”

“It’s a very dark record,” Howerdel added of the album which sees them guide their sound into even more textured atmospheric brand of rock. “Some of these songs are hard to listen to. It’s got honesty. And teeth.”

First making their name with debut album, 2000’s Mer De Nom, APC broke a Billboard record by becoming the highest charting rock debut of all time, shifting 188,000 copies in its first week. In the UK it has sold 87,195 according to OCC data. From there delivered two more albums, 2003’s The Thirteenth Step (54,243) and 2004’s (largely anti-war covers) set Emotive (25,520). Sporadic touring and 2013 greatest hits CD/live DVD packages aside, they have largely existed in a state of inertia.

Eat The Elephant is their first record with new partners BMG, having signed with them in March 2017. In the interview, Howerdel praised the label for giving APC complete artistic freedom.

“They had a lot of faith in us that we would produce something that they would want without hearing anything,” he said. “That made me want to try harder.”

While A Perfect Circle have always been known for their uncompromising art-first stance, Keenan added his own thoughts on how to navigate the music industry, dispelling the notion that a band can ever attain full control.

“That’s chasing farts,” said Keenan. “Honestly, you can’t control those things – there’s too many variables. As much as a label might pretend they have some of those variables dialled in, they don’t. There’s so many things that can just get away from you, and so many more important things to be doing. For me, the only real illusion of control I have is in the writing process, getting it recorded and presented.”

Subscribers can read the full A Perfect Circle Music Week interview here. You can watch the video for their latest single TalkTalk below.