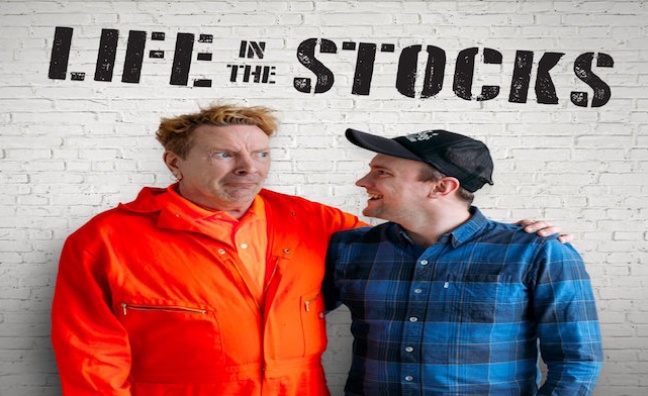 The Sex Pistols/Public Image Ltd frontman John Lydon has given a series of reflections on his remarkable journey through the music industry in a new podcast. The interview is part of the 10th episode of the ongoing Life In The Stocks series by journalist and broadcaster Matt Stocks.

As part of a broad discussion about his career, Lydon takes time to dwell upon his time spent negotitaing the demands and expectations of labels.

“The start of a great many problems with record labels was when the accounting department started to dictate the flow," observes Lydon. "In the very early days, the first year at Virgin was hilarious and fantastic and everyone was your friend – and they really were. But then their jobs were on the line and the purse strings were being tightened and the manipulation would start to creep in. And you’d see it in their faces; they wanted to tell you something that they weren’t allowed to. So friendships tended to dissipate. But not all. To this day, I’ve still got friends that worked there then. Some of them even became managers years later.”

Later, Lydon outlines how his relationship with labels has evolved over the years with his other project Public Image Ltd.

“Public Image started out as a band of friends," he says. "We’d all known each other for a long time and we were all learning all over again. And it was very interesting and exciting. But the record company intrigue involved in it just shattered our aspirations of friendship. It divided us. We were all listening to different agendas and I was trying to tell my fellow band members, Don’t listen to that. That’s what they do. That’s what happened with the Pistols. And low and behold things fell apart.”

Lydon moves on to comment on his decision to form his own label, and the difference that artistic liberation has made to his career.

“After a few years, I raised enough money to buy my way out somewhat of them deals and start my own label, PIL Official," he remarks. "Since then we’ve recorded two albums with the same people, we don’t squabble, there’s no animosity, we respect each other, and we’re finding a rich vein of ideology in our hearts and souls. It’s fantastic, and we’re looking forward to making a third album. Three in a row, no drama – that can’t really be coincidental.”

You can listen to the full podcast here.

Last year, Music Week spoke to Lydon about the latest PiL reissues and his ongoing war with the music industry at large. You can read the full interview here.