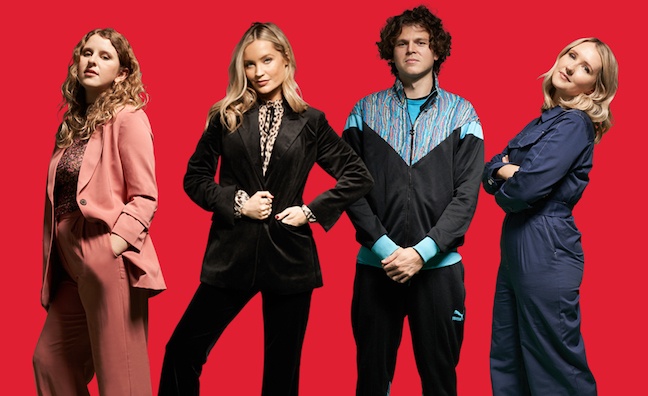 Virgin Money has introduced the second round of artists to be inducted into its Emerging Stars programme.

Grime and rap artist Kamakaze and singer-songwriters Hannah Grace and Lilla Vargen are the latest three acts to join the programme, which bids to accelerate growth opportunities for domestic rising talent. Each artist receives a £10,000 development fund and financial mentoring.

The artists were selected by an industry panel from a longlist based on factors including music credentials, ‘IT’ factor and anticipated career longevity. Judges included AEG Presents co-CEO Toby Leighton-Pope, Virgin Money's head of consumer communications Louise Hodges and Notion magazine MD. The initiative is also backed by ambassador Laura Whitmore.

We are committed to supporting the music industry and emerging artists

Hodges said: “Our next three Emerging Stars to join the programme represent the best new talent that the UK has to offer, and we are so thrilled to have them on board, especially given the challenges and setbacks they have all faced in their careers due to the pandemic.

"We know what an immensely difficult year 2020 has been for the music industry, as a result of Covid-19. This is also the year Virgin Money began its new partnership direction in music. Like many, our plans have had to change and adapt to the current climate, but one thing is for certain, we are committed to supporting the music industry and emerging artists.

"The second round of the programme follows on from the unprecedented success of the Virgin Money Unity Arena, which brought live music back to the UK under Covid-19 restrictions. We even managed to get our first round Emerging Stars Mosa Wild on stage again – a proud moment for us all, not to mention their only live gig of the year. We hope to continue to bring live music back to the country and performance opportunities to our Emerging Stars.”

As part of its renewed emphasis on live music, Virgin also teamed with North East promoter SSD Concerts on Newcastle's outdoor, socially distanced Unity Arena venue and announced partnerships with AEG's The O2 in London and The SSE Hydro in Glasgow.

Singer-songwriter Aaron Taylor, rock band Mosa Wild and indie-pop artist Dylan were the first three acts to be chosen for the Emerging Stars scheme. Each have utilised their development fund to help take their careers to the next level. Taylor shot two new music videos from his new album Icarus, Mosa Wild have used some of their bursary to rent a house to write new music, while Dylan used the funds to film two acoustic unreleased songs with the help of a creative director.

Jim Rubaduka, lead singer of Mosa Wild said: “We all feel incredibly thankful to be part of this programme, it’s opened up a bunch of doors for us and gave us the opportunity to play the world’s first socially distanced concert series at the Virgin Money Unity Arena, which will be forever etched into our memories! We were given the chance to do what we love the most and play live music again, something we didn’t think was possible in 2020.”